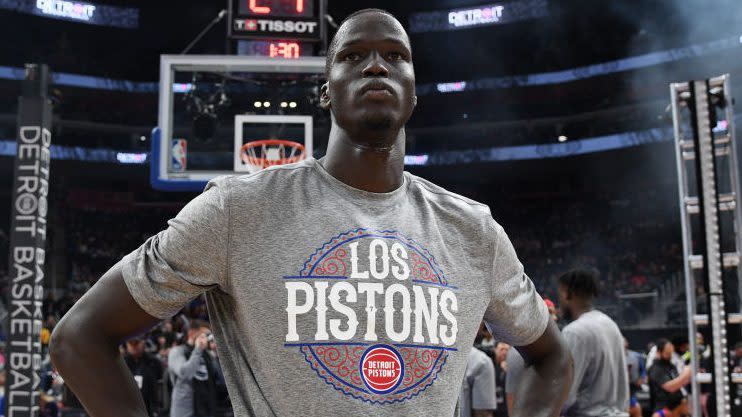 After four seasons in the NBA, Thon Maker is headed to Cleveland on a training camp deal where he will try to convince coach J.B. Bickerstaff and the Cavaliers front office they need to carry a third center behind Andre Drummond and JaVale McGee.

That Maker landed the invite was a story broken by Michael Scotto of Hoopshype and later confirmed by others.

Thon Maker and the Cleveland Cavaliers have agreed to a deal, league sources told @hoopshype.

The Cavaliers have 13 guaranteed contracts on the roster plus Dean Wade on a non-guaranteed deal. After waiving Rayjon Tucker, they have a roster spot available if they want to fill it.

Maker, the No. 10 pick of the Milwaukee Bucks back in 2016, was a free agent because Detroit chose not to extend him a qualifying offer. He played almost 13 minutes a night in 60 games for the Pistons last year, averaging 4.7 points and 2.8 rebounds a game, but they chose not to bring him back.

Maker is, in theory, a stretch five, and he shot a decent but not great 34.4% from three last season. The problem is he’s not strong enough to be a good defender or score inside much, it’s all about the shooting. In Cleveland, he would be on the end of the bench and lightly used (unless Drummond or McGee is traded) if he makes the team.

Check out more on the Cleveland Cavaliers