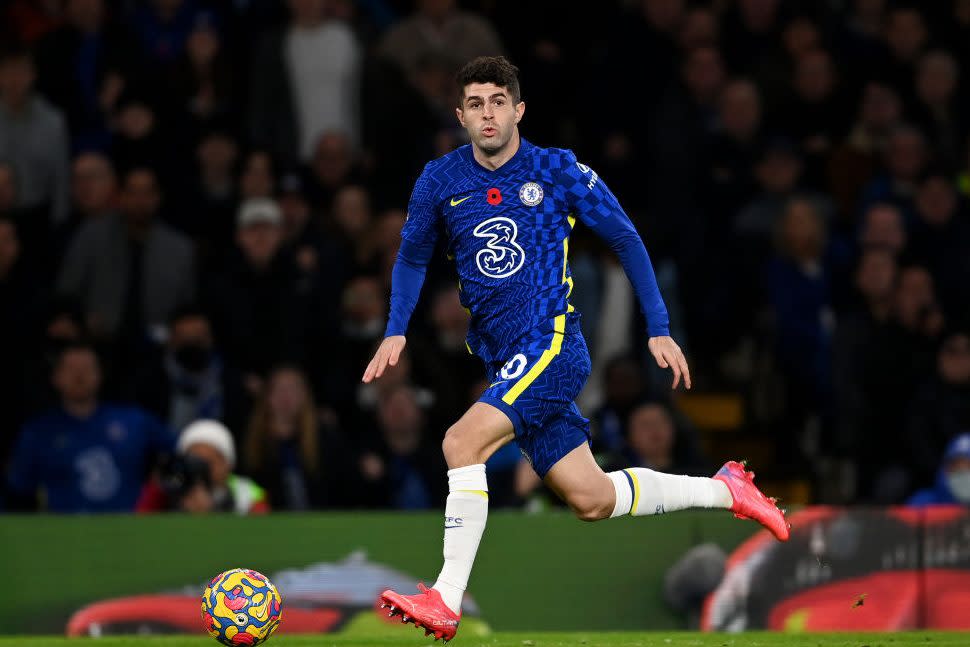 Thomas Tuchel has sent a message to the USMNT over Chelsea winger Christian Pulisic: please, be careful with him.

Pulisic, 23, returned to action for Chelsea last week after almost three months out for the Blues. The American superstar first had a positive COVID-19 test result in August, then in September he injured his ankle in the USMNT’s win at Honduras.

After a handful of minutes for Chelsea over the last few weeks, Pulisic is now in the USMNT squad for their World Cup qualifiers against Mexico and Jamaica.

Following Chelsea’s draw at home with Burnley, Thomas Tuchel has had the following to say about Christian Pulisic flying halfway across the world to represent the Stars and Stripes.

Chelsea ‘worried’ about Pulisic being overused

A reporter asked Tuchel if he was worried about Pulisic being called straight back into the USMNT squad after a lengthy period out with his ankle injury.

“The answer is if you look at the minutes like you said, the question is maybe answered. I hope that they don’t overuse him and are responsible enough,” Tuchel said.

“Christian still feels some pain. It is a matter of pain management. It’s not a matter of a re-injury or being still injured. It’s just still painful. He has tried hard. He wants desperately to come back. We needed him back. It was a good start for him in Malmo. Today he had 10 minutes [against Burnley]. We are a bit worried.

“Hopefully everybody, including himself, is responsible and doesn’t get carried away by emotions and by helping his country to win a super important match. Hopefully it all goes well and the minutes will elevate him and he will come back stronger.”

Given Pulisic’s lengthy injury issues since he joined Chelsea in the summer of 2018, Tuchel’s concern is understandable.

Given the attacking injuries to Romelu Lukaku and Timo Werner in recent weeks, Chelsea really need Pulisic back fit and ready to up his minutes after the international break.

Tuchel’s comments should be read as a reminder to USMNT head coach Gregg Berhalter of Pulisic’s fitness levels. Nothing more. Nothing less.

Since the beginning of time (almost) club managers have made statements like this about international players before the international break. But Tuchel needn’t worry.

Berhalter and the USMNT will not use Pulisic unless it makes sense to do so, and that is because they have the luxury of a) being in a very good spot in the World Cup qualifying table and b) Brenden Aaronson has stepped up admirably in Pulisic’s absence in recent months.

How many minutes could Pulisic play?

The most likely scenario here is that Pulisic plays for 30 minutes against Mexico and then maybe for an hour at Jamaica. That should keep everyone happy. Well, as long as the USMNT win both games and Pulisic goes back to Chelsea injury free.

There is of course the balancing act for Berhalter that if the USMNT are losing to Mexico, maybe Pulisic will come off the bench sooner? Or if they lose to Mexico, maybe he plays the full 90 at Jamaica depending on how that game pans out?

This is a fluid situation but the USMNT understand that Pulisic is needed long-term and with a year to go until the 2022 World Cup in Qatar, they have to prioritize his health. Christian Pulisic should understand that too.