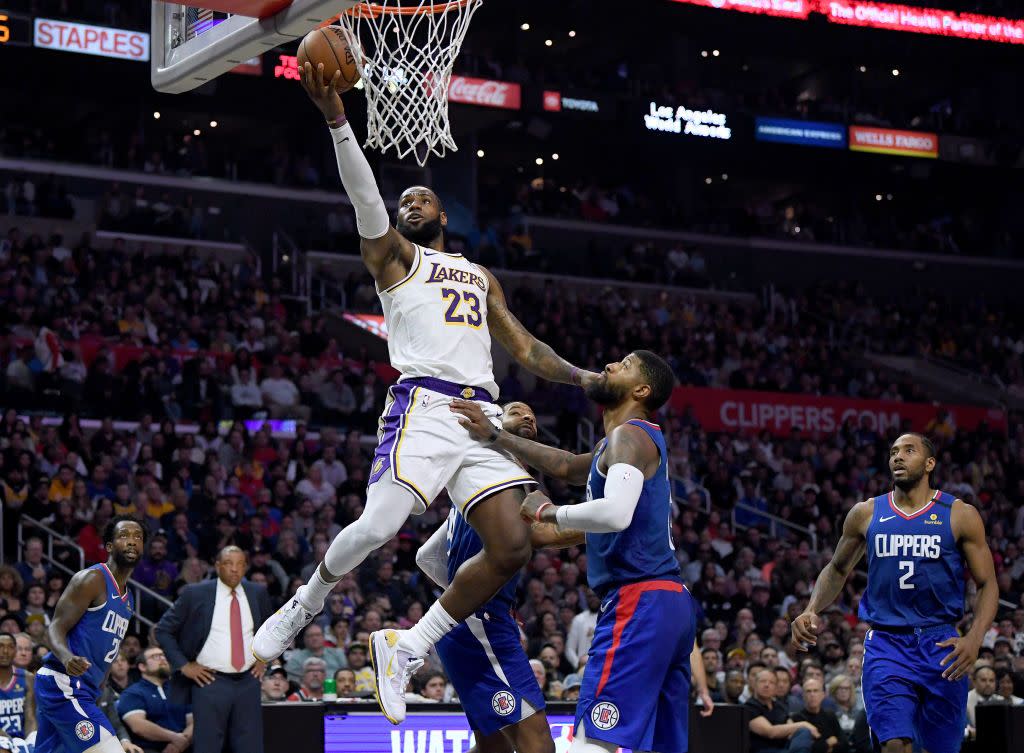 (Bloomberg Opinion) — As a fan of professional basketball and a student of economic game theory, I am becoming increasingly concerned. I fear that the NBA, in particular, may be reflecting a still-hidden trend in the broader economy: People may not actually be so keen to return to work.

The NBA is planning to resume a fragment of its regular season, and then the playoffs, in a custom-tailored “bubble” in Orlando, Florida, on July 30. The games will be played only among the top teams in a single complex, with regular testing and tight regulations governing the entry of outsiders. The league is going to the maximum lengths possible to ensure a safe reopening.

There’s only one problem: An increasing number of players do not seem very interested in being guinea pigs in this experiment. At first the secessions were a trickle. Now they are picking up steam.

Davis Bertrans, arguably the second-best active player on my home team the Washington Wizards, will not play because he doesn’t want to risk injury and endanger his prospects as a free agent next season. That’s an entirely reasonable excuse, and more and more players are finding them.

The Brooklyn Nets may be going into the bubble without the services of DeAndre Jordan and possibly Spencer Dinwiddie, one of their most important players. Both tested positive for Covid-19, and again that seems like a reasonable excuse for not playing. But of course — assuming they stay fine — they should be safe to play by the start of the resumed season. Or at least as safe as any player can be known to be. The net result may be that the Nets are simply a shell of a team.

Portland Trail Blazer veteran Trevor Ariza is not showing up so he can spend time with his son, as part of a custody arrangement. On the Los Angeles Lakers, one of the favorites to win the championship, starting point guard Avery Bradley will not appear for fear of endangering the health of his son, who has respiratory issues.

These players will still be paid, but they are lowering their future market value by expressing less than a full commitment to the team. And it is hard to imagine that many other workplace environments can be made much safer than the planned NBA bubble.

One has to wonder how many other players are planning to drop out, or perhaps hoping that the decision will be made for them: Maybe they will get an injury during training camp, say, or worsening conditions in Florida will require cancellation of the season, or it will become more socially acceptable not to play. In the meantime, the dominant strategy may simply be to wait and root against the resumption of play.

It is also striking who is not complaining — namely, the marginal teams not invited to join the competition in the first place. They’ve simply written the season off.

The ones who want to play most are the superstars, especially on those teams that might win a title. That is typically a small number of squads, usually less than half a dozen (the Lakers, Clippers and Bucks would be three obvious picks this time around). LeBron James in particular wants to win another championship and challenge Michael Jordan as the NBA’s G.O.A.T. A big star who wins a title can probably get more lucrative shoe and endorsement contracts.

You can notice a similar skew toward the winners in other American sports. Minor league baseball recently was cancelled for the year, but the major leagues, which have a much higher profile and a lucrative television contract, are planning to resume in a few weeks.

Now compare the evolution of the NBA bubble with the reopening of U.S. offices and schools. For virtually all American workers, the stakes are much lower than for NBA players. And compared to Orlando, the safety and security precautions will be far less rigorous.

If so many NBA players are pondering non-participation, how keen do you think those workers — none of whom are millionaire professional athletes — are about returning to the office?

The biggest difference with the NBA is simply that the players have to make a simple yes-or-no decision fairly soon. In effect, their hands are being forced, and so the revolt is slowly becoming more visible.

In the normal business world, the superstars — in this case, the CEOs and other leaders — are indeed eager to resume and expand operations. But as with the NBA, the grumblings beneath the surface are real and growing.

How well will business reopenings go? If you wish to track the American economy, professional sports has never been a better place to look.

(Corrects fifth paragraph to note that the Nets are in Brooklyn.)

This column does not necessarily reflect the opinion of the editorial board or Bloomberg LP and its owners.

Tyler Cowen is a Bloomberg Opinion columnist. He is a professor of economics at George Mason University and writes for the blog Marginal Revolution. His books include «Big Business: A Love Letter to an American Anti-Hero.»

For more articles like this, please visit us at bloomberg.com/opinion

Subscribe now to stay ahead with the most trusted business news source.