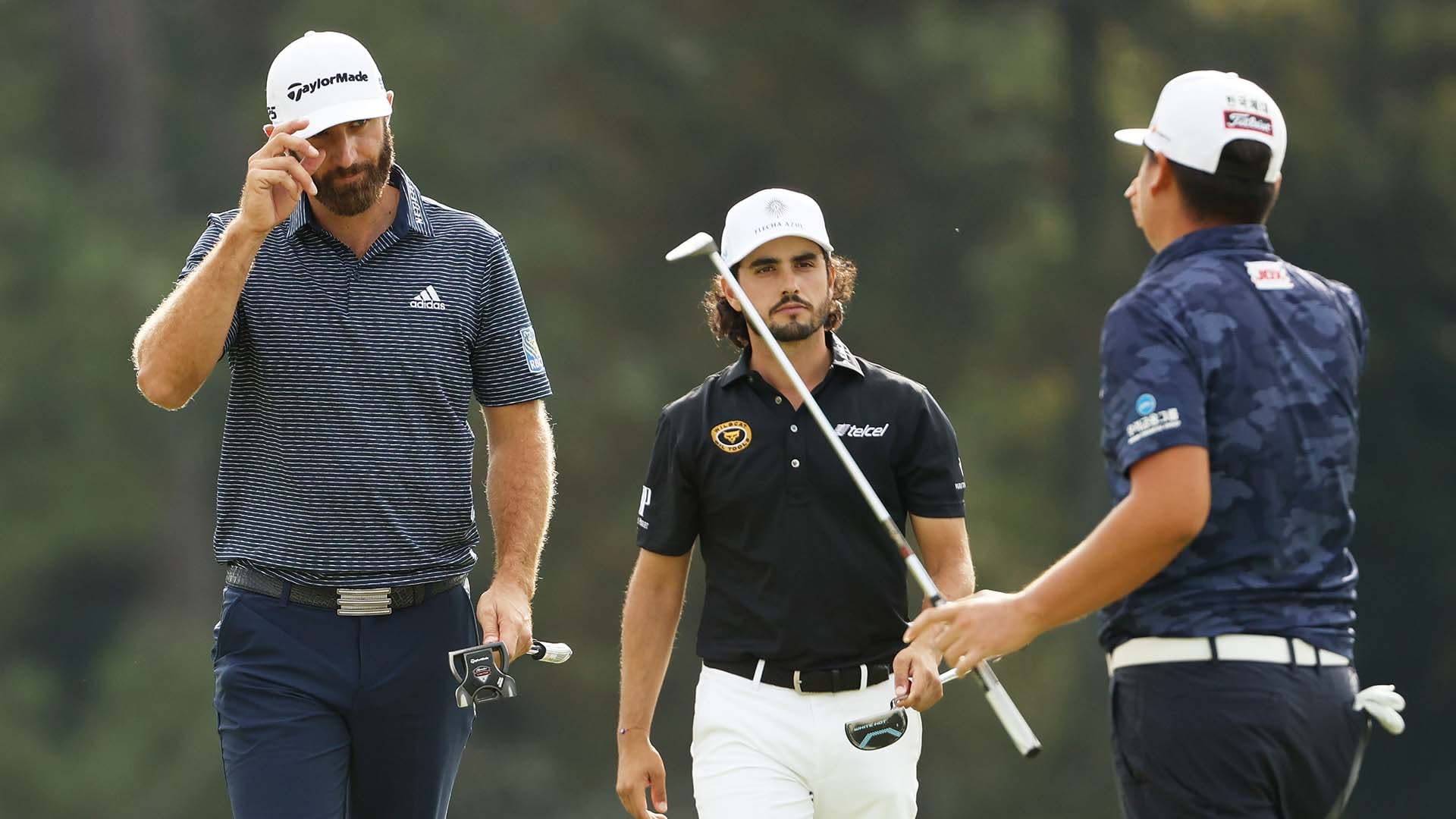 Dustin Johnson won the Masters with a power game off the tee that borders on the absurd.

He won the Masters with a surprisingly deft touch on the greens.

He won the Masters with a Zen-like demeanor that gave nothing away.

All of this is accurate. Johnson’s record-setting performance was very much the sum of many parts, but there was one element of his game that went largely overlooked by the pundits and couch potatoes but not his fellow players.

“I played with him the first two days here. He’s got the ball on a string. It was really impressive,” Rory McIlroy said on Sunday at Augusta National.

But even the normally detailed Northern Irishman seems to have applied a vague brush to what for some required a more nuanced assessment.

“This week with the conditions being softer, the course knowledge didn’t come in play as much,” said Justin Thomas, who finished fourth at the Masters. “You still had to leave it in the right spots, but not near as much when it was this soft. I wish the tournament in April started tomorrow. I’ll just say that.”

But even Thomas’ take doesn’t drill down to what was truly impressive about Johnson’s performance.

“The course suited him down to the ground. He’s more of a picker of the ball. He doesn’t spin it that much with his irons. The ball’s not going to be backing up, so he can get to a lot of the back pins a lot better,” Brooks Koepka explained. “If you pick it like that, you can really, really control your golf ball. You’re never going to rip it off the front of the green, where I feel like a lot of people, pretty much everybody struggled with that.”

This isn’t a criticism of Johnson’s play, nor in any way an indictment on his victory or a softer-than-normal golf course. He’s been the favorite at an April Masters before and he will be again.

DJ won with a record 20-under total with the fewest bogeys (four) and the most greens in regulation (60) in the history of the event. He was the best player at Augusta National by a mile and his green jacket fits just as perfectly as any won in April.

But Koepka’s point is valid. While officials tried to mitigate the tournament’s move to November as much as possible there was only so much that could be done to a course that was designed to play its bouncy best in April. Thursday’s deluge didn’t help on this front.

“I landed a 5-iron pin high on 5 and it stayed on the back edge. Usually you’re in the bushes trying to figure out what to do, and many other shots like that that usually are just unplayable,” Jon Rahm said. “My shot into 15, I hit a low 4-iron that landed a yard short and stayed 4 feet [from the hole]. All those shots will never, ever play like that again. I kind of hope we see the opposite and see a more challenging Masters. I’m looking forward to it.”

Johnson is likely thinking the same thing with the next Masters just five months away, but there’s no denying the agronomic fact that DJ’s ability to control the spin on his approach shots, particularly his wedges, was crucial on spongy greens.

There are a number of reasons for this. Those who study golf swings will point out that DJ’s swing is shallower than McIlroy or Thomas, and he almost never takes a full swing with a wedge. Instead, Johnson hits more three-quarter shots to control the spin with his wedges.

Johnson led the field at Augusta National in greens in regulation with a clinical 60-of-72 effort, but that only tells a part of the statistical story. The more telling stat might be his average spin with a wedge (between 10,000 and 11,000 rpm) compared to McIlroy (from 12,000 to 13,000 rpm).

Why that was so important last week has everything to do with why a November Masters was so unique.

“I hope they make it as firm as possible [in April], the complete opposite of what we saw this week,” Rahm said. “I was joking with Patrick Reed walking down the last few holes saying, it’s like you almost have to hit the delete button from what you learned this week because it’s never, ever going to play like this again.”

Rahm wasn’t alone in his desire for a more familiar Augusta National next spring.

“I don’t think it will ever happen in April, but if we have another pandemic and it plays in [November], I think [the scoring record] is in play,” Thomas said. “I’ll take firm and fast over soft any day.”

This was for many reasons a different Masters and Johnson was uniquely prepared for the variations, but that doesn’t change the simplest way to sum up his victory: dominant.