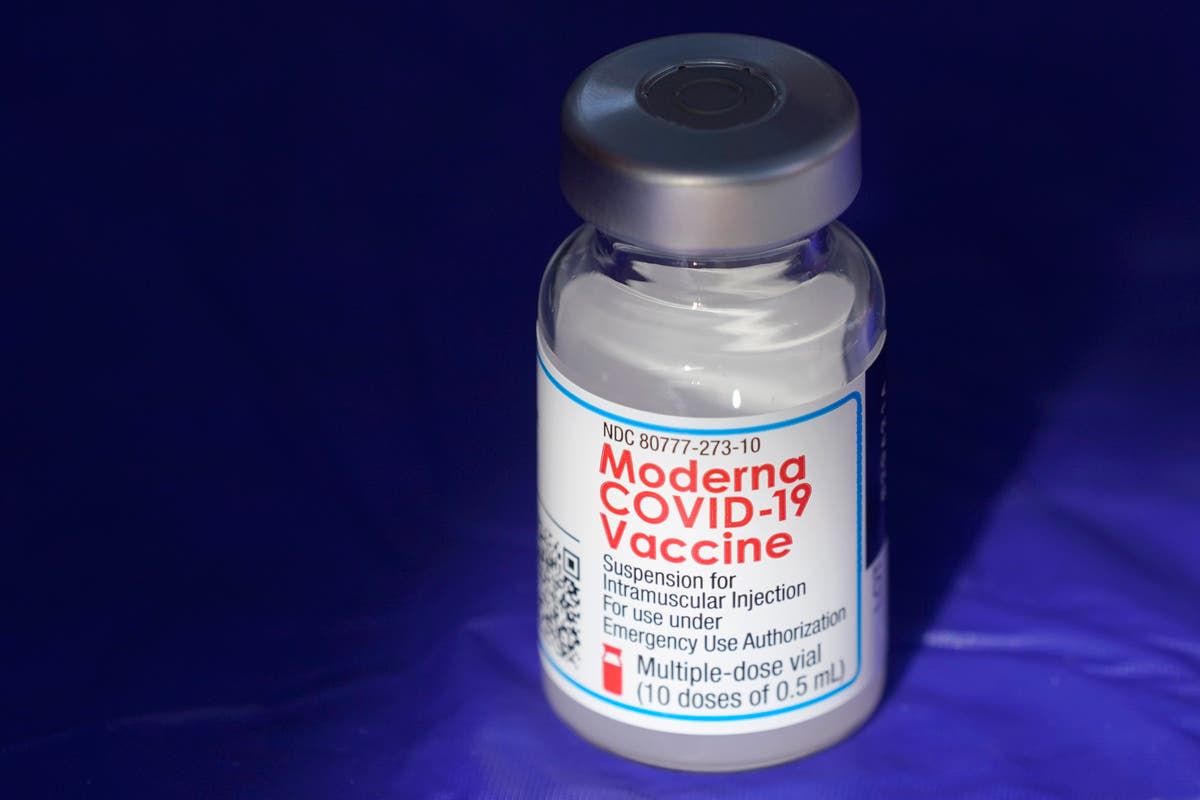 The first million doses will arrive in Australia in late September and 10 million Moderna shots are scheduled to be delivered to Australia this year, Health Minister Greg Hunt said.

Australia has a shortage of the Pfizer vaccine and a glut of locally manufactured AstraZeneca which many are refusing to take because of the slight risk of blood clotting. New South Wales and Victoria states, where cities are in lockdown due to virus outbreaks, have stockpiles of more than a million unwanted doses of AstraZeneca, media reported.

Only 22% of adults among an Australian population of 26 million people had been fully vaccinated by Monday. The government expects to have provided a vaccine to every Australian adult who wants one by the end of the year.

MORE ON THE PANDEMIC:

HERE’S WHAT ELSE IS HAPPENING:

BEIJING — More than 30 local officials have been fired or received other punishments for shortcomings in handling China s latest virus surge.

Among the officials fired for failing to fully implement anti-pandemic measures were a vice mayor, heads of city districts and health commissions, and staff from hospital management, airport and tourism departments.

China’s National Health Commission said Monday 94 new cases of domestic transmission had been recorded over the previous 24 hours. Of those, 41 were in the central province of Henan, which has been slammed by deadly flooding in recent weeks.

Another 38 cases were reported in Yangzhou, a neighboring city to Nanjing, where China’s widest outbreak since the beginning of the pandemic was traced. The highly contagious delta variant spread among Nanjing airport workers and has since spread from tropical Hainan province in the south to Inner Mongolia in the far north.

While the number of total cases in the outbreak hovers around 1,500, a small number relative to those occurring in other countries, Chinese authorities have renewed travel restrictions, locked down communities and sealed off the entire city of Zhangjiajie, with a population of 1.5 million.

China has administered more than 1.7 billion doses of vaccine domestically, although it doesn’t disclose how many of its 1.4 billion people are now fully protected. China’s vaccines are administered in one-, two- or three-dose regimens, but questions have been raised about the efficacy of the domestic jabs as the delta variant continues to spread.

MELBOURNE, Australia — Victoria state in Australia is lifting its pandemic lockdown beginning Tuesday, except in the city of Melbourne.

Australia’s second-most populous state imposed a seven-day lockdown last Thursday due to concerns about the spread of the delta variant of the coronavirus.

But Victoria Premier Daniel Andrew says all the cases detected in Victoria in recent days have been in Melbourne, with 11 more reported there Monday. So the lockdown will end in the rest of the state at the end of Monday.

Neighboring New South Wales state on Monday reported 283 new coronavirus infections and one COVID-19 death in the latest 24-hour period. The death toll from the latest outbreak that was first detected in Sydney on June 16 is now 29.

Sydney has been in lockdown since June 26 and will remain under tight pandemic restrictions until at least Aug. 28.

The festival is traditionally held in the spring but it had been scheduled to run Oct. 8-10 and Oct. 15-17 after being canceled last year because of the coronavirus pandemic.

But organizers on Sunday cited “current exponential growth” of new cases in the city and region in announcing that the festival will not occur as planned.

MIAMI — Ready to party at one of South Beach’s most glamorous nightclubs? Then roll up your sleeves. LIV is offering free COVID vaccines outside the Miami club where high rollers spend up to $20,000 just for a table.

The star-studded nightclub, where Super Bowl champs celebrate at parties that have inspired lyrics from Drake and Kanye West, set up pop-up COVID vaccine sites over the weekend to entice the young demographic.

The Sunshine State set another record high over the weekend. On Saturday, the U.S. Centers for Disease Control and Prevention reported 23,903 new COVID-19 cases for Friday. That tops the previous day’s record of 22,783 new cases.

Clubs LIV and Story were shuttered for roughly a year during the pandemic and re-opened back in April. Owner David Grutman, the king of South Beach’s night life scene, who also owns a restaurant and hotel with Pharrell, said “We are excited, we want to stay open, and we know the only way to make that happen is if people get vaccinated, so we want to make it as accessible as possible.”