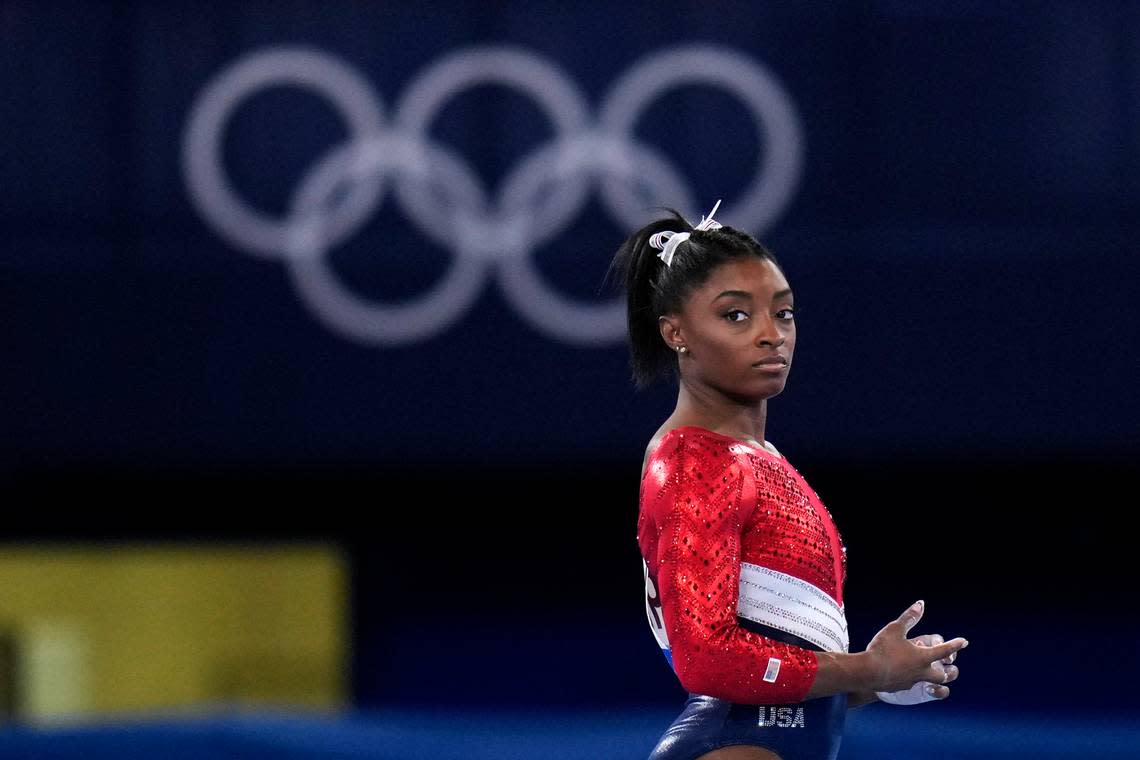 U.S. gymnast Simone Biles received global support after she announced Tuesday that she was withdrawing herself from the Olympics gymnastics team final due to mental health reasons.

But not everyone was empathetic toward Biles, who was a heavy favorite to take home multiple gold medals in the Tokyo Olympics.

One in particular is a government official from her home state of Texas who voiced his displeasure on Twitter.

Aaron Reitz, a deputy attorney general (not an elected position), quote-tweeted a video of former U.S. Olympian Kerri Strug and her famous landing after performing on the vault in the 1996 games with an injured her ankle.

“Whenever you get in a high stress situation, you kind of freak out,” Biles said after Team USA took silver in the event with the Russia Olympic Committee winning gold. “I have to focus on my mental health and not jeopardize my health and well-being.”

On Wednesday, Biles removed herself from Thursday’s individual all-around competition.

Strug was among those embracing Biles for her decision.

“Sending love to you @Simone_Biles,” Strug tweeted out along with a goat emoji meaning “greatest of all time.”

Biles said that she was going through “the twisties” during practice, which contributed to her withdrawing from the team event. While the word may sound innocent enough, getting them as a gymnast could be life threatening, the Washington Post reported.

“You’re upside down in midair and your brain feels disconnected from your body,” the Post described. “Your limbs that usually control how much you spin have stopped listening, and you feel lost. You hope all the years you’ve spent in this sport will guide your body to a safe landing position.”

Biles explained that she caught a case of the “twisties” after pushing off the vaulting table on Tuesday.

“I had no idea where I was in the air,” Biles said. “I could have hurt myself.”

The Houston native has won a combined 30 Olympic and World Championship medals, making her the most decorated American gymnast and considered one of the greatest and most iconic gymnasts of all time.

Reitz ran for a District seat in the Texas House of Representatives in 2020 and lost.

‘Are you joking?’ Outraged Paralympian says official called her uniform too revealing