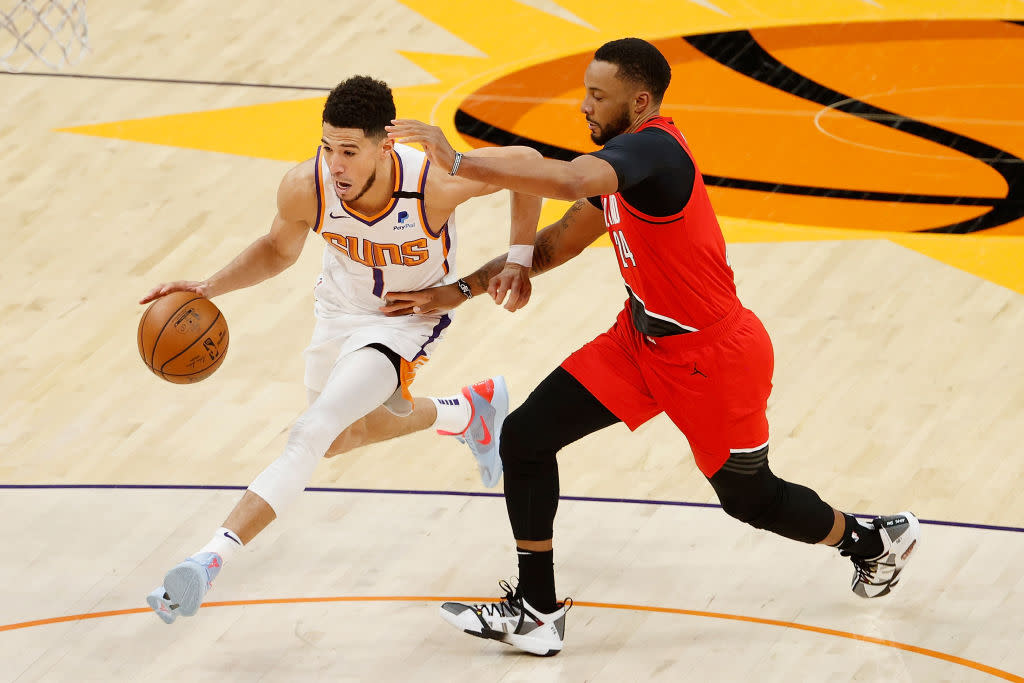 That was the dilemma Terry Stotts faced on Thursday night in the closing moments of the Trail Blazers 118-117 heartbreaking loss to the Phoenix Suns.

With Portland up by 1-point with 4.4 seconds left in the game, Robert Covington was fouled and missed both free throws opening the door for a Suns comeback. As Devin Booker brought the ball down the floor, the Suns star was fouled by Norman Powell as he went up for the jumper with 0.9 seconds left on the clock.

The Blazers coach made the controversial decision to challenge the call—a decision which proved costly for Portland who would have had a timeout to advance the ball and an opportunity to get a cleaner look if Stotts didn’t challenge the call.

However, the call on the floor stood, the referees put more time on the clock, and with 2.4 seconds, Booker went to the free-throw-line bucketing both of his two shots. With no time left, CJ McCollum missed a three-pointer at the buzzer which sealed Portland’s loss to Phoenix.

When asked about his decision to challenge the foul call on Powell, Stotts said he would have made a different decision had he known officials were going to add additional time to the clock.

“Well, it wasn’t difficult because there was 0.9 on the clock, I don’t think if I challenge it. I don’t know if they’d put more time on the clock,” Stotts said.

Stotts also questioned the referee’s decision to call Powell for the foul.

“Well, they reviewed it and said it was a foul,” Stotts said. “It’s an unusual call to make at that time of the game. I disagree with the call.”

On a night when the Blazers could have clinched a postseason berth, Portland now must wait until its regular-season finale to figure out where they’ll finish. Next up, the Denver Nuggets (46-24). With a win over Denver on Sunday, Portland (41-30) would finish no worse than sixth out West and clinch a spot in the post-season.