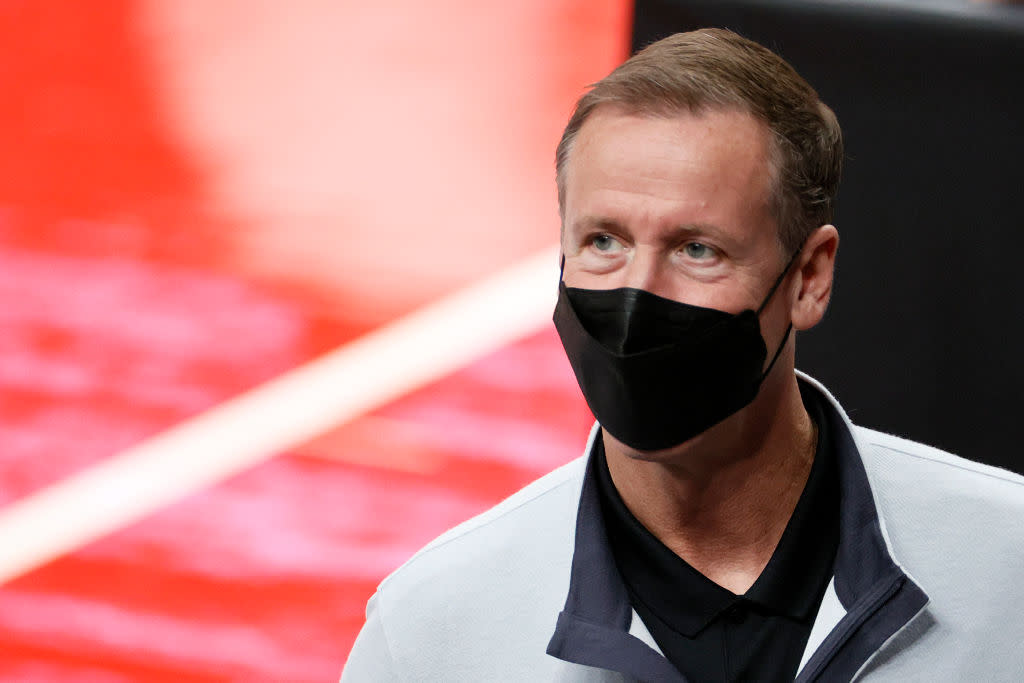 The Portland Trail Blazers outlasted the Houston Rockets on Monday night to secure their eighth win in the past nine games.

But there was another tremendous milestone worth celebrating on Monday night. With the 140-129 victory, Terry Stotts secured his 400th win as Blazers head coach on the same date as his 1000th game as an NBA coach.

“It’s special,” Stotts said after the game. “Not a lot of coaches are able to be with a franchise long enough to win 400 games. It’s been a great nine years. Our work’s not done this year.”

Stotts is now second in franchise history behind the legendary Jack Ramsay (453).

Norman Powell knows a good coach can change your life. It’s part of the reason why he was excited to get the opportunity to work under Coach Stotts when he was acquired by Portland 23 games ago.

“He’s a great coach. I love his personality, very easy to talk to,” Powell explained. “A great, great mind of the game. So, I’m excited to be here and I’ve been learning a lot in the way he runs his offense and things like that. I think it sets me up for easy looks, especially when you have Dame and CJ on the floor, so I’m just excited to have him as a coach. I’ve heard a lot about him since being in Toronto, playing against the Blazers…

As for Stotts, he admits this season has been full of “highs and lows.” The month of April was a particularly difficult stretch for the ninth-year Blazers head coach. The Blazers were 6-10 for the month, before a 133-122 win over Indiana shifted the tides, and seemingly shut down the chatter about Stotts’ future in Portland.

Since April 27, the Blazers have gone 8-1 and are the 7th-rated defense in the NBA.

That’s just part of an NBA season and I think that we’ve experienced all that. I don’t enjoy it all the time. I didn’t enjoy losing five in a row, obviously. But I enjoy the fact that we’re playing well, we got a nice little rhythm going. We have a chance to do something beyond this.

With Monday’s win, the sixth-place Blazers (40-29) moved within a half-game of the Dallas Mavericks (40-28) for the fifth seed out West. Portland is also 1 ½ games ahead of the seventh-place Los Angeles Lakers (38-30).

The next three games, however, will be a litmus test for the Blazers who are a combined 0-6 against their final three opponents (Utah, Phoenix and Denver).

“If we go out there and do what we do defensively, we’re going to give our team a chance,” Powell said. “I think we’ve been doing that night in and night out, and that’s all you can ask for, but we’re going to come out and play these games like their playoffs.”

[RELATED: Blazers take care of business against the lowly Rockets — but it took a while]