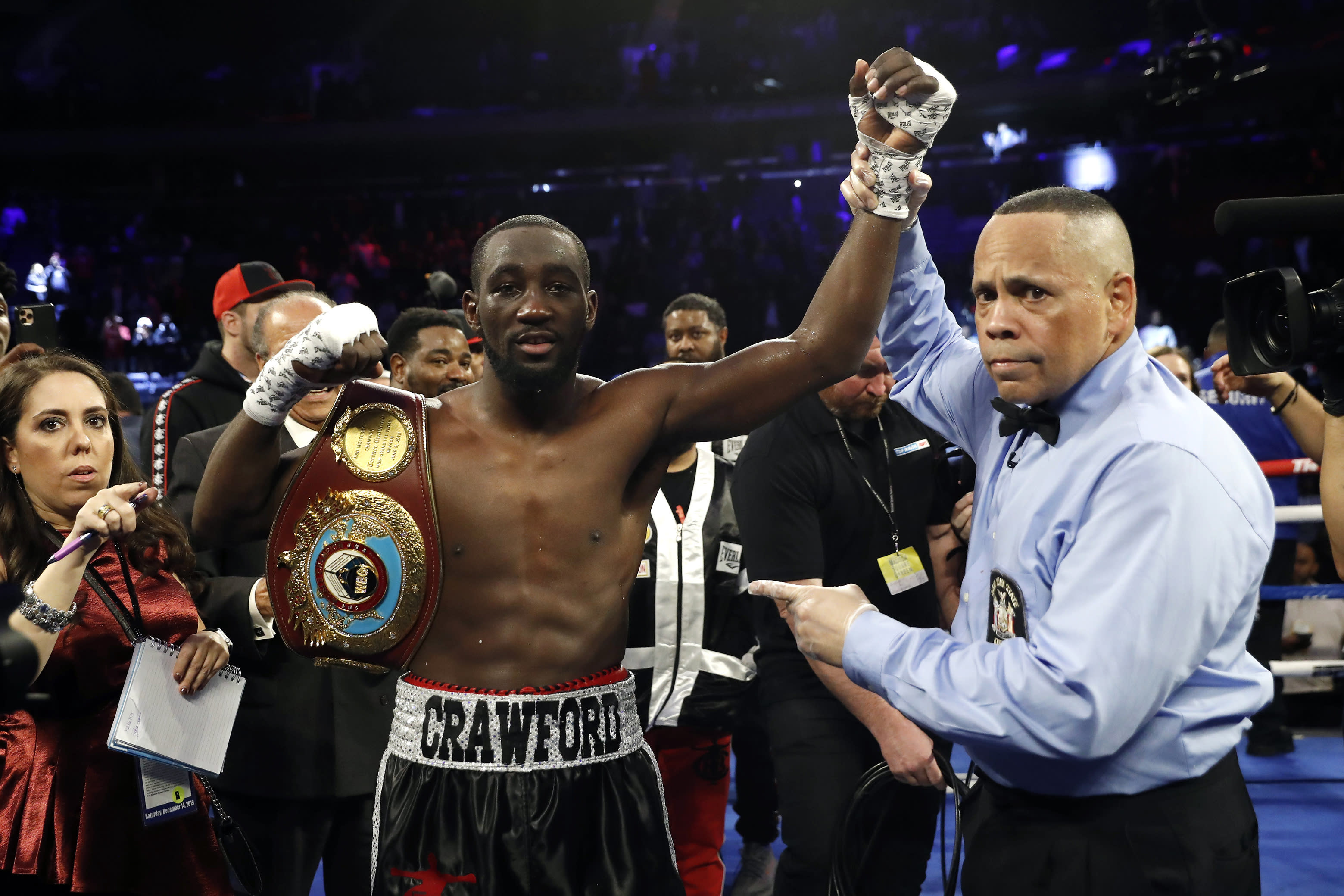 LAS VEGAS — One contender for the mythical title of pound-for-pound best boxer in the world, Vasiliy Lomachenko, will face Teofimo Lopez on Saturday in a lightweight title unification bout.

In a month, another contender for that honor will defend his WBO welterweight title in the same ring.

Terence Crawford will meet former world title challenger Kell Brook in the main event of a Top Rank card on Nov. 14 at the MGM Grand Conference Center. In the co-main event, Joshua Franco will defend his WBA super flyweight title in a rematch from the man he took it from, Andrew Moloney.

Crawford, who is 36-0 with 27 knockouts, has made three successful defenses of his title. Top Rank president Todd duBoef said he thought Brook’s size and physicality could pose problems, especially early, for Crawford.

“You saw in his fight with [Egidjus] Kavaliauskas, it kind of took him a while to figure him out and get untracked,” duBoef said. “Brook is kind of the same way. I think when he’s fighting those big guys, he takes a while to study them and figure out what he wants to do before he gets rolling.”

Top Rank had considered putting the fight in England, where Brook is from. But when it was going to be in a fanless environment, duBoef said it made sense to keep it in Las Vegas.

He admitted that Moloney coming back five months after his loss to Franco, in which he suffered a pair of broken eardrums, is aggressive, but said it’s Moloney’s choice.

“He’s driving that train and he felt it was important to get back in there at the first opportunity,” duBoef said. “His brother [Jason] had a big win last time and is going to be fighting [Naoya] Inoue [on. Oct. 31]. Andrew wanted to prove he’s that kind of a fighter, too, and he wanted the opportunity to fight for his title again.”