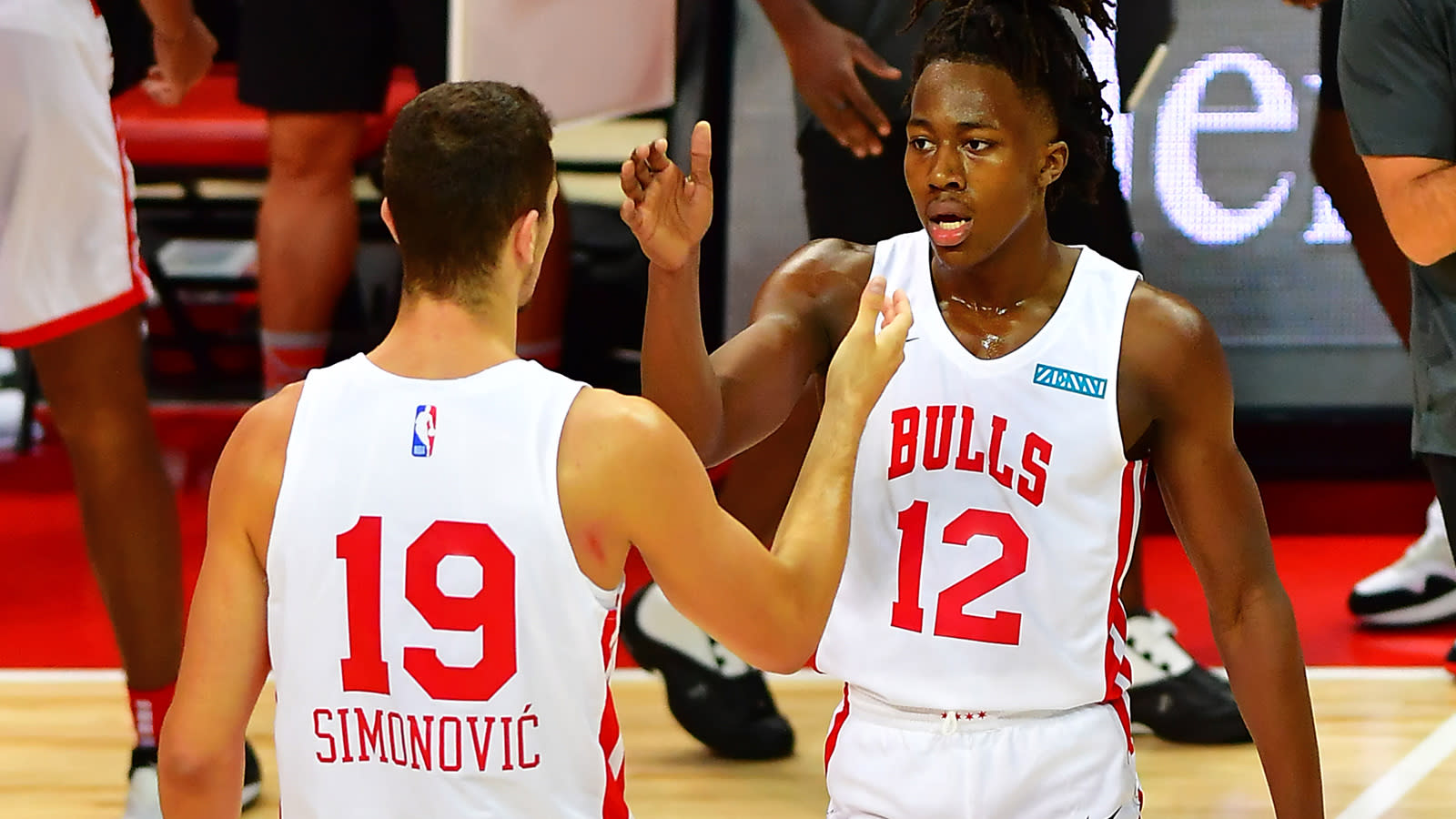 So the Summer Chicago Bulls looked a bit different than usual for their Sunday night matchup with the Memphis Grizzlies.

But even in an eventual 96-91 defeat, the team’s last two second-round picks, Ayo Dosunmu and Marko Simonović, made their stamp on the contest and flashed positive developmental signs in the process.

In the absence of Williams and Dotson’s shot-creation, Dosunmu, who struggled as a scorer in the team’s first three games, grabbed the reins and submitted his most impactful offensive performance yet. In 31 minutes, he notched 26 points on 11-for-21 shooting, adding 7 rebounds and 3 assists to boot.

“His usage was a little bit higher, especially handling the basketball,” said Henry Domercant, who coached the team in Damian Cotter’s stead. “I think he settled into the game and got comfortable, partially because every game he’s going to get better and better.»

While Dosunmu has talked about centering his focus on the defensive end, he was a bonafide offensive sparkplug Sunday, scoring in bunches on the fastbreak and off lightning-quick drives. He even connected on a pull-up mid-range jumper and a long 3-pointer in the first half, despite a pronounced shooting slump entering play.

“It felt good being able to make plays. I’m a playmaker,” Dosunmu said, later noting this game represented his highest frequency of pick-and-rolls to date. “That’s what I try to instill (in) myself on being a two-way player. In the NBA season, especially my rookie year, there are going to be ups and downs. I just want to get better each and every game and try to learn from each game. I think as the games are progressing, I’m definitely achieving that.”

Simonović, meanwhile, continued to flash his multifaceted skill set for a 6-foot-11 big man. He handed out 6 assists, including a flashy no-look dumpoff and multiple instinctive hit-aheads in transition. What’s more, 6 of his 14 points came by way of loud dunks, with the headliner being this second-quarter poster:

That didn’t stop Simonović from opining his need to improve defensively, and pack on muscle to be able to grapple with NBA-level physicality to the degree which he’s shown in Summer League.

But for both players, Sunday represented a high water mark. While the new-look Bulls likely won’t rely on either in featured roles, there remains significance to them forming some level of chemistry, given they are the two most likely candidates from the current Summer League roster to stick.

“It’s been great,” Dosunmu said of playing with Simonović. “He has a tremendous IQ. He does a tremendous job of getting out of pick-and-rolls. He rolls nice. And he’s getting better each game.

“We have a bond because we went to the rookie transition together. Us naturally being rookies, we have to have a bond. Me being a leader, I joke around with him all the time. I call him like, ‘Marko.’ I be playing with him. Because I think that we have to instill that relationship because we’re both rookies and we’re both going through the same thing. And it’s our first time seeing this at the same time. So definitely us giving each other confidence will help us.”

As Dosunmu extolled the virtues of Simonović’s pick-and-roll game, and described their budding friendship, Simonović stood mere meters away outside the press conference room, stifling laughter behind a mask.

“I heard what Ayo said and I agree,” he said moments later. “This is my first time playing with him. We didn’t know each other before this. This is the first time we stay together on the court, or also out of the court. I think it’s great to play with him.”

And for fans, it’s been great to watch. If the chemistry of these two potential-packed second-round picks continues to grow — well, wouldn’t that be gravy?