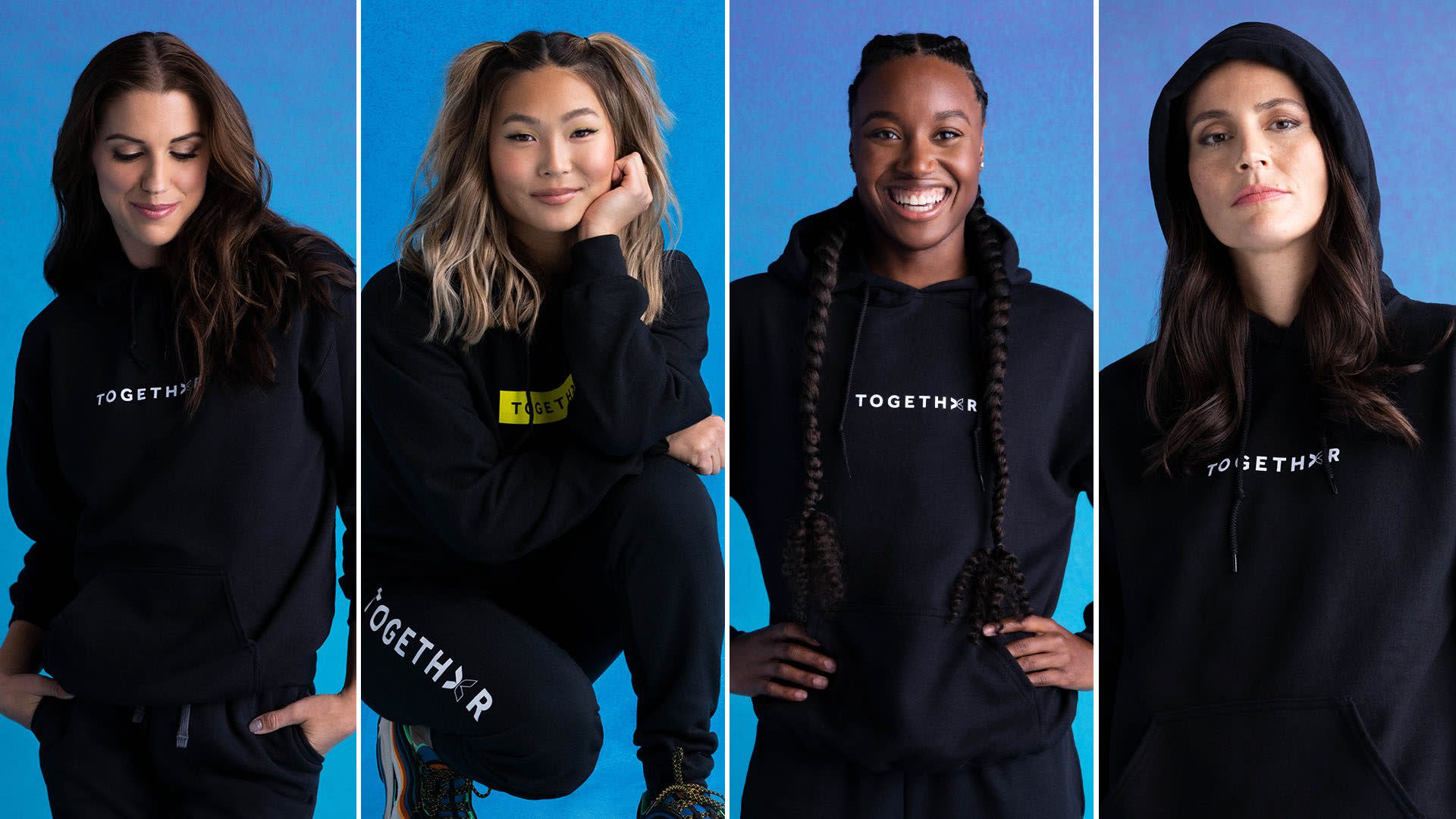 Some of the most powerful voices in women’s sports have come together to launch a media and commerce company designed to elevate women’s voices.

“When I was growing up, there was nothing like this,” Bird told NBC Sports’ On Her Turf. “Of all of the founders, I’m definitely the closest to the end [of my career]. When I think about legacy and what I’m leaving behind, I think this is an amazing way to keep pushing and telling stories and hopefully change the [media coverage] landscape.»

The idea of TOGETHXR came after Morgan, a two-time FIFA World Cup Champion, helped U.S. Women’s Soccer win its third World Cup title. Morgan, who played for the Portland Thorns from 2013-15, began to take note of the discrepancies between male and female athletes, particularly in the sport of soccer.

“At the end of the day, there is definitely different coverage of men’s and women’s sports,” Morgan told NBC Sports.

I didn’t necessarily feel like girls and women were equally represented.

.@togethxr is the crossover between lifestyle, culture, and sport. I am proud to be one of four phenomal co-founders of this brand. There has never been a place for women that exists like this. We got sick of waiting for someone to build some space for us, so we did it ourselves. pic.twitter.com/Mt4Fve80GD

Four-time WNBA champion Sue Bird echoed those sentiments, noting the lack of coverage given to women’s sports on television.

“That is insanely low considering how many women play sports,” Bird told NBC Sports. “[It’s as if] we’re a box to check. Like, ‘We have an hour-long show, let’s give a minute to the women. Check!’ There hasn’t been real thought behind how to cover [women’s sports].”

@togethxr is the crossover btwn lifestyle, culture & sport. I am beyond proud to be one of the 4 phenomenal co-founders of this dream brand. I can’t wait to share everything we have in store. There has never been a place for women like this. In short, it’s about damn time!! 🤩⏰ pic.twitter.com/Mqtsj57trp

TOGETHX will look to amplify the voices of women and “celebrate competitiveness and triumph broadly, incorporating activism, culture, wellness, fashion, design, beauty and more,” according to the company’s release.