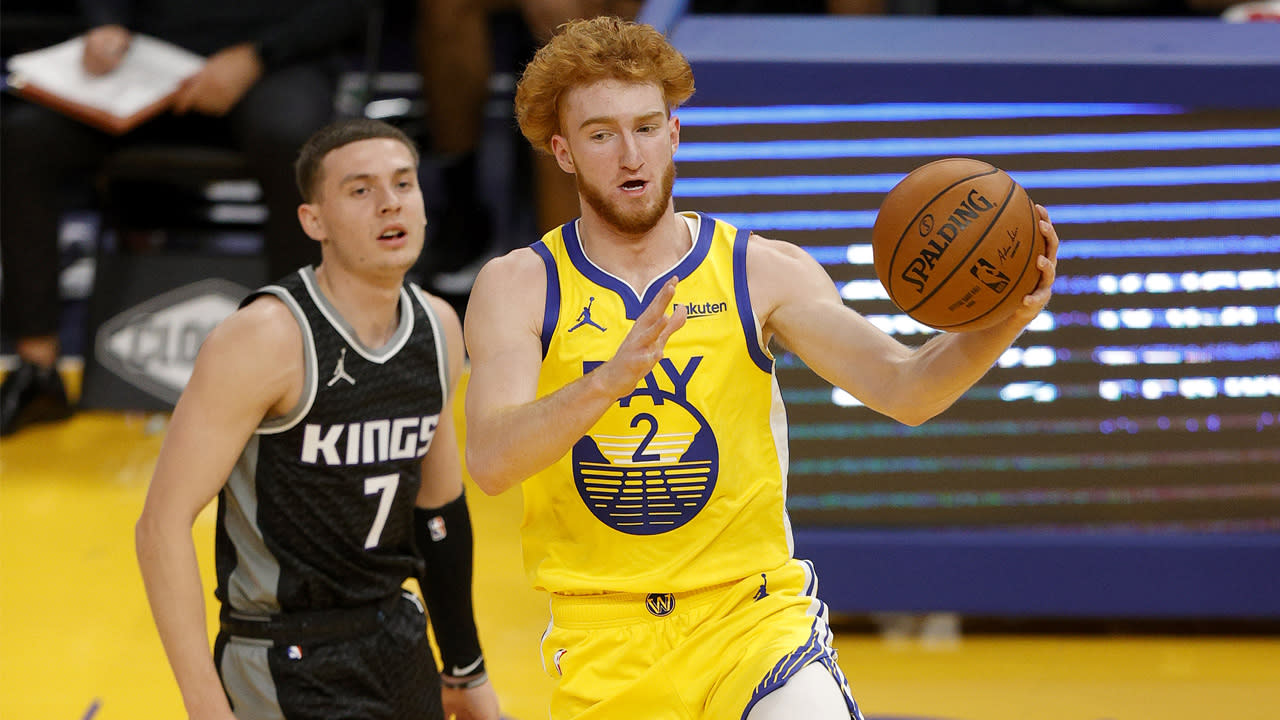 Nico Mannion — the No. 48 overall pick in the 2020 draft — has appeared in just one game with the Warriors this season.

Juan Toscano-Anderson, the other player who is on a two-way contract with Golden State, has suited up for six contests.

Does Steve Kerr expect both guys to play for the Santa Cruz Warriors when the NBA G League bubble in Orlando begins in early February?

«I do. We’ll make the decision when we get to that point,» Golden State’s coach told the media prior to Sunday’s game vs. the Toronto Raptors. «But I know Nico, in particular, could really use a stretch of just playing 30-plus minutes every single night. He just hasn’t had a chance to play much.

«Juan obviously is more experienced. Played quite a bit last year, started some games earlier this year. So there’s a chance Juan, too, would go there and gain experience.

«But I think it’s especially valuable for Nico, and that would be the plan.»

The situation could change, especially if anybody gets injured or ends up sidelined because of COVID-19 protocols.

If Mannion does take the court for the G League Warriors, he will play alongside Jeremy Lin. That should be a very formidable duo.

«Nico’s doing a ton of work pre- and post-practice with our development staff. He’s doing a fantastic job,» Kerr said. «He’s really, really a hard worker and a tough competitor.

«I can’t wait to get him into some games [with Golden State]. He’s gonna be a really fine player.»