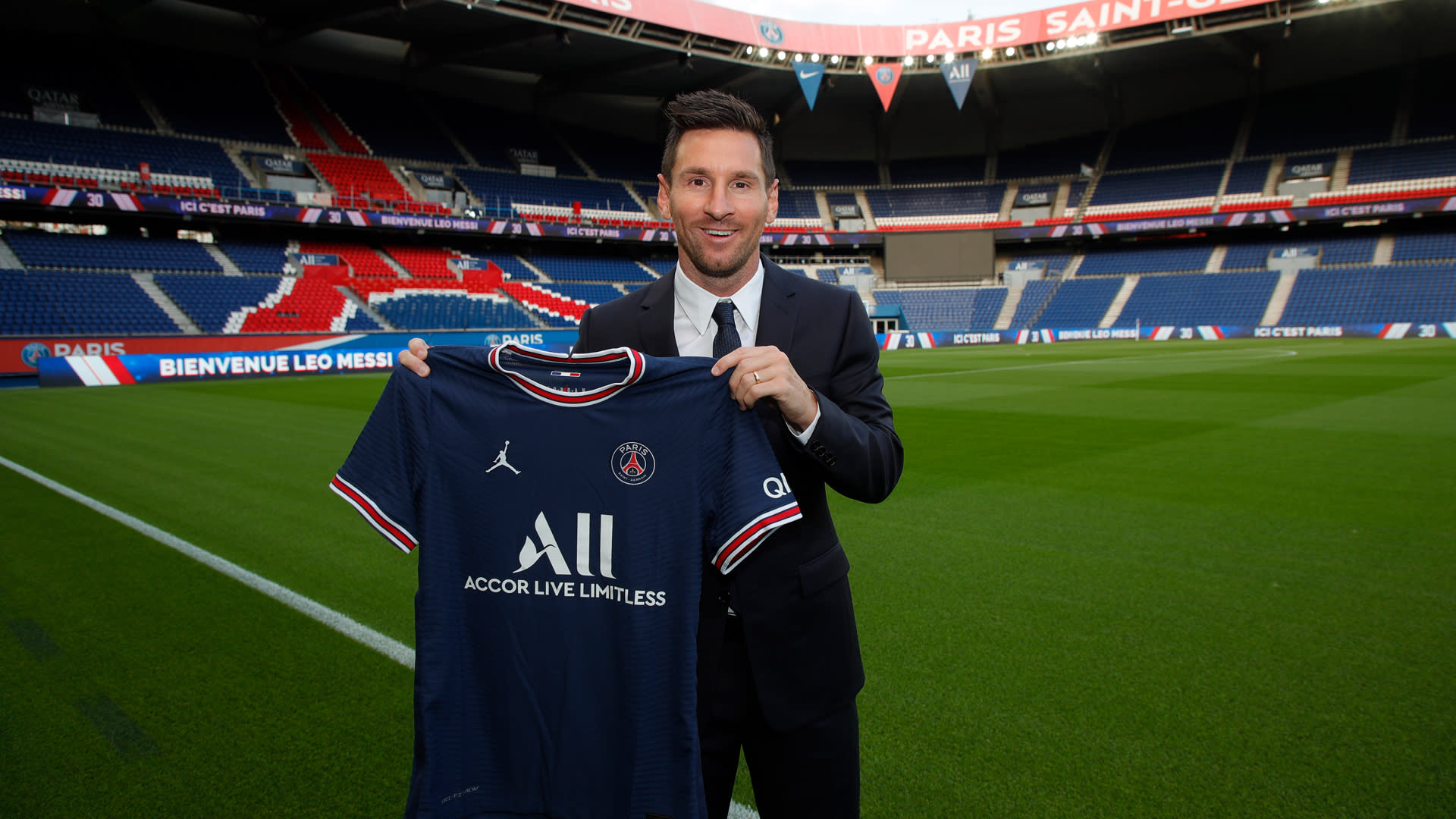 It’s one thing when game recognizes game. It’s another when it’s two of the biggest superstars in sports.

Warriors guard Steph Curry posted a photo on Twitter of himself holding up a Paris Saint-Germain soccer kit, next to one of Lionel Messi holding up a signed Steph jersey.

«Messi has some good taste I see,» Steph tweeted on Tuesday. «Good luck at PSG my guy.»

It’s a lucky number, it seems.

Steph had visited PSG a few years back and took a tour of Le Parc des Princes. That’s where he got his personalized uniform.

Messi signed a two-year contract with PSG after his contract at FC Barcelona expired on June 30. He will wear No. 30 — the same uniform number as Steph. It was Messi’s first number with Barcelona. Typically goalkeepers sport the digits under league rules, but Messi refused to wear the originally offered No. 10. I’m sure they were happy to make an exception.

It was an emotional send-off for Messi, who had spent the entirety of his career with Barcelona having joined their youth team in 2000. He even was willing to stay with Barcelona and take a 50 percent pay cut.

It appears Steph is looking forward to cheering Messi on with his new club, especially now that he’ll be reunited with Neymar. Neymar, reciprocally, is impressed by Steph. After watching a Warriors game, Neymar once said he felt himself shaking and starstruck when he met Steph for the first time.

«Because wanting to or not, I am also a fan,» Neymar said. «It was a unique moment for me.»

All three superstars have good taste.