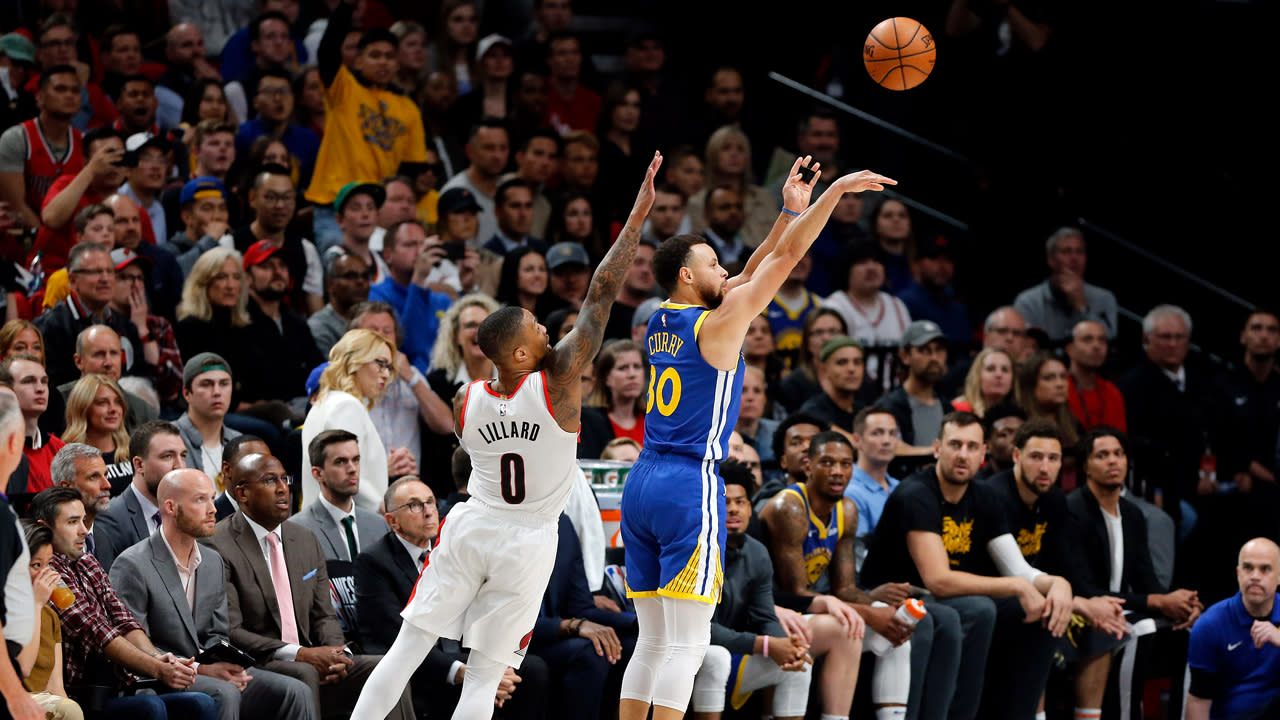 Steph Curry and Damian Lillard are undoubtedly the two best long-range shooters in the NBA.

The stats say that the Warriors star has been the most prolific shooter on long-range bombs over the past five seasons. Lillard, of course, is no slouch from waaaaay downtown either.

With the NBA season 18 days away, it might be time to see who has the better range. The Portland Trail Blazers star posted a video of himself practicing jumpers from the logo on Wednesday, and that led to Curry issuing a friendly challenge.

Warriors center Marquese Chriss also chimed in to tell Lillard to «chill out» because he’s «not coming way up there to guard» the pick-and-roll.

Lillard had an incredible run in the NBA bubble, helping the Blazers earn the No. 8 seed in the playoffs. His heroics had ESPN’s Max Kellerman saying that Lillard was like Curry «but gets better in bigger moments,» and had TNT’s Kenny Smith questioning if Curry could launch from as far out as Lillard.

Of course, Curry was easy to pick on after playing in just five games last season due to a broken left hand. How quickly everyone forgot about the two-time MVP’s greatness.

With Curry now healthy and the Warriors back in the fold, expect to see the three-time NBA champion remind people just how lethal he is from all over the floor, especially from distance.

Perhaps we’ll even see both Curry and Lillard pull from the logo on Opening Night. Nothing like a friendly challenge to open the new season.