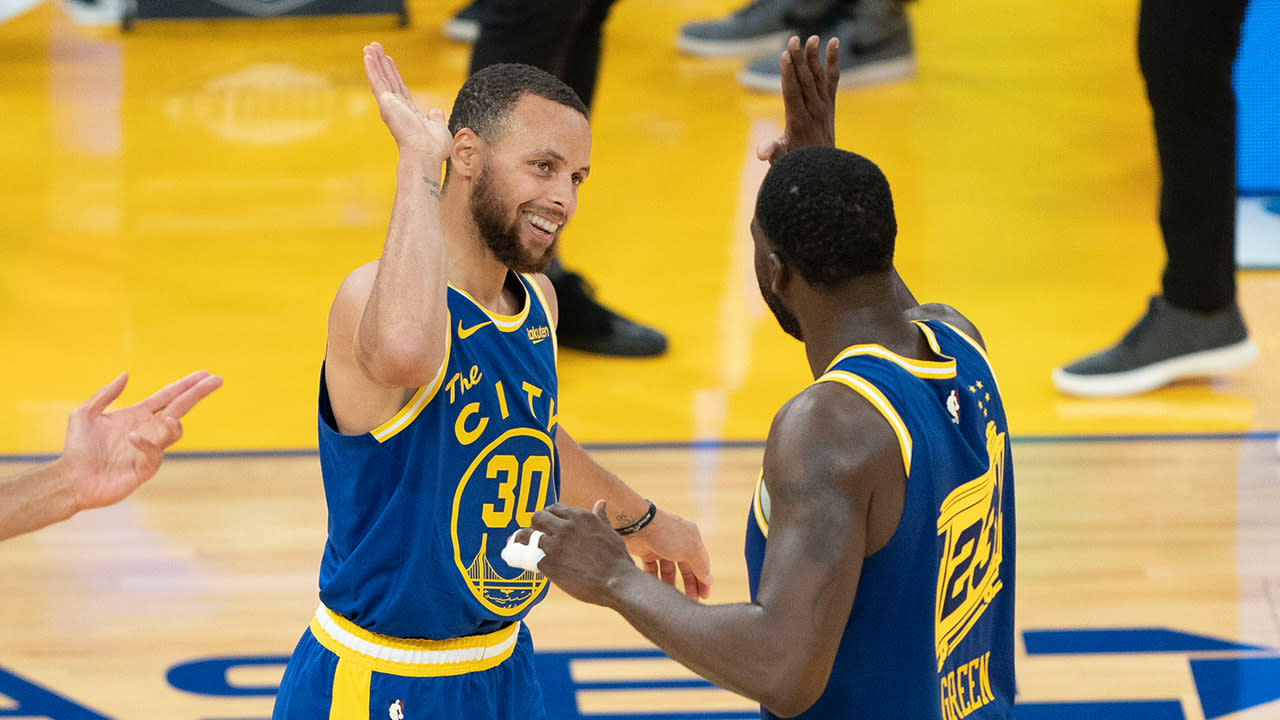 As the fourth quarter of the Warriors’ game against the Utah Jazz on Monday night was winding down, Steph Curry had to be thinking the same thing that was going through the minds of countless Golden State fans watching the broadcast.

And for a while there, it looked like it was going to happen again.

The Warriors achieved their largest lead of the game with 8:01 remaining in the fourth quarter, when Andrew Wiggins scored to increase Golden State’s advantage to 103-85. Game over, right?

Five minutes later, the Jazz had pulled within 112-105. Then Jordan Clarkson took over, and ultimately put Utah in front twice inside the final two minutes, including a 3-pointer that gave the Jazz a 116-114 lead with 1:11 remaining.

But this game did not end in another pull-your-hair-out loss. This time, in the face of devastating defeat, it was the Warriors who knocked down the biggest shot.

In the final 24 seconds, Steph Curry attempted two 3-pointers. The first went awry, but Kevon Looney tracked down the loose rebound and passed it back to Draymond Green at the top of the arc. Then, in a display of unmatched chemistry, Green found Curry to his right, who promptly splashed the game-winning 3-pointer through the net with 14.5 seconds remaining.

The white-knuckling wasn’t over just yet, as the Warriors had to withstand two more Clarkson attempts that bookended two Curry free throws. When the final buzzer sounded, the Warriors had escaped with the kind of win that had evaded them so many times over the previous six months.

After the game, Curry expressed his pride in the outcome — and his relief.

«Obviously, down the fourth quarter, we kind of lost control of the game,» Curry told NBC Sports Bay Area. «Jordan Clarkson went crazy. We had some slip-ups on the defensive end. But for us to claw out of a situation like that … I don’t remember the last time we’ve done that, where everything on the books said we were supposed to lose that game, the way the fourth quarter went.

«And we obviously got a great reload — I think [Andrew Wiggins] and [Looney] chased it down, threw it to Draymond. Me and him, and our connection, he knew exactly where I was gonna go and got it to me on time. And obviously, we’ll live with that shot. And it was a big one.»

The victory assured that the Warriors would maintain their half-game lead over the Memphis Grizzlies for eighth place in the West, after Memphis had defeated the New Orleans Pelicans earlier in the evening. And by way of the Pelicans’ loss, Golden State officially clinched a spot in the play-in tournament.

One could argue that the only reason the Warriors are in the play-in tournament — and not one of the top-six seeds in the West — is due to the collection of backbreaking defeats they have experienced throughout this regular season. To vanquish that same demon against the team with the NBA’s best record — which just happens to be a potential playoff matchup — can only provide Golden State with confidence heading into the postseason, where a ‘not again’ moment would prove even more costly.