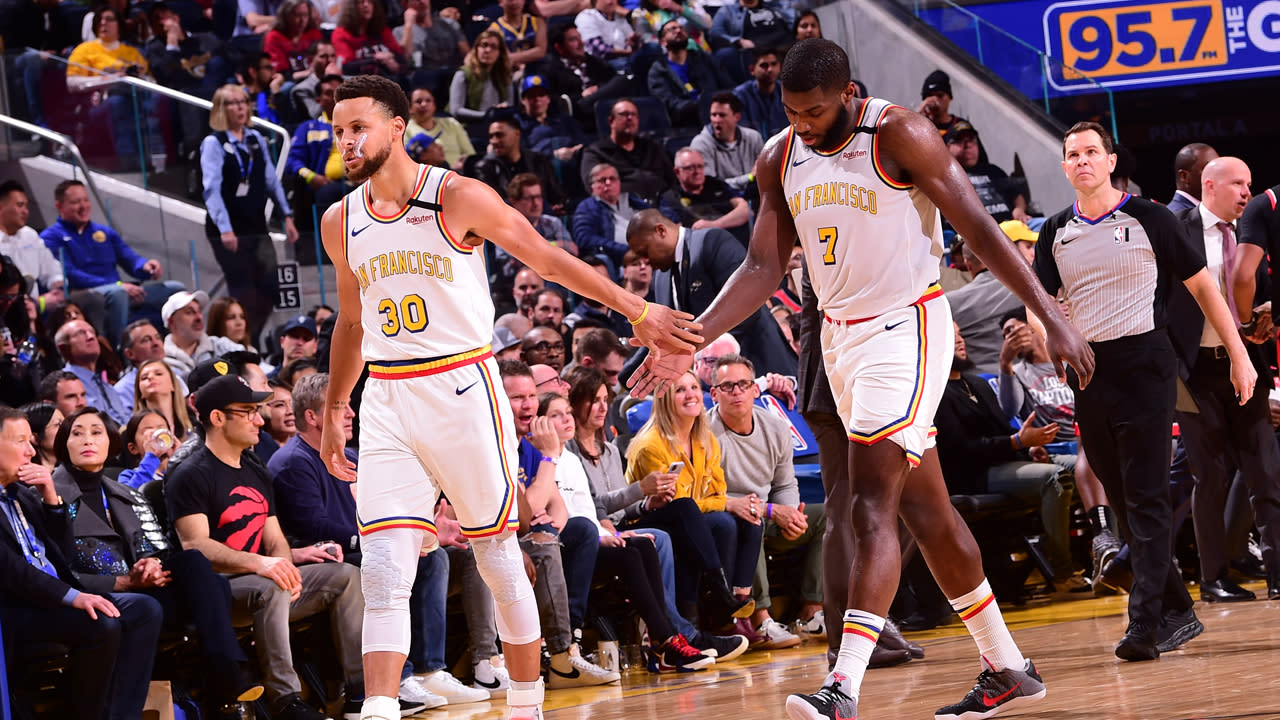 The Warriors traded Eric Paschall to the Utah Jazz on Wednesday for a 2026 second-round draft pick. Golden State wanted to open up a roster spot, but that doesn’t mean Paschall won’t be missed.

Steph Curry and Draymond Green took to Instagram to say their goodbyes and offer up warm wishes.

“Everything for a reason my guy,” Curry wrote in his story. “Go do your thing.”

“Go eat young bull,” Green wrote in his own. “Do exactly what you set out to do, killa.”

Green posted a photo of him and Paschall shaking hands.

Paschall was drafted by the Warriors with the No. 41 overall pick in the 2019 NBA Draft. He impressed many during his rookie campaign and was named First Team All-Rookie. However, he was hampered by injuries last season and had been surpassed on the depth chart.

A change of scenery could do Paschall good, and he’ll be reunited with his childhood friend, Donovan Mitchell, in Utah. He was in the final year of his contract with the Warriors, so as sad as it might be for his former teammates to see him go, this could be the beginning of something great for the Villanova product.