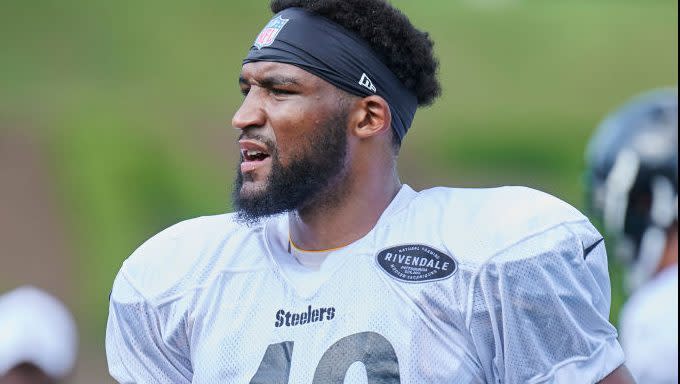 With teams about to report to training camp and sign a bunch of draft picks, some other players who haven’t had an offseason are about to become unemployed.

The Steelers announced they have waived tight end Christian Scotland-Williamson.

The former English rugby player has been with them the last two seasons as part of the league’s international program, spending the year on the practice squad.

The Steelers still have six draft picks remaining to sign.