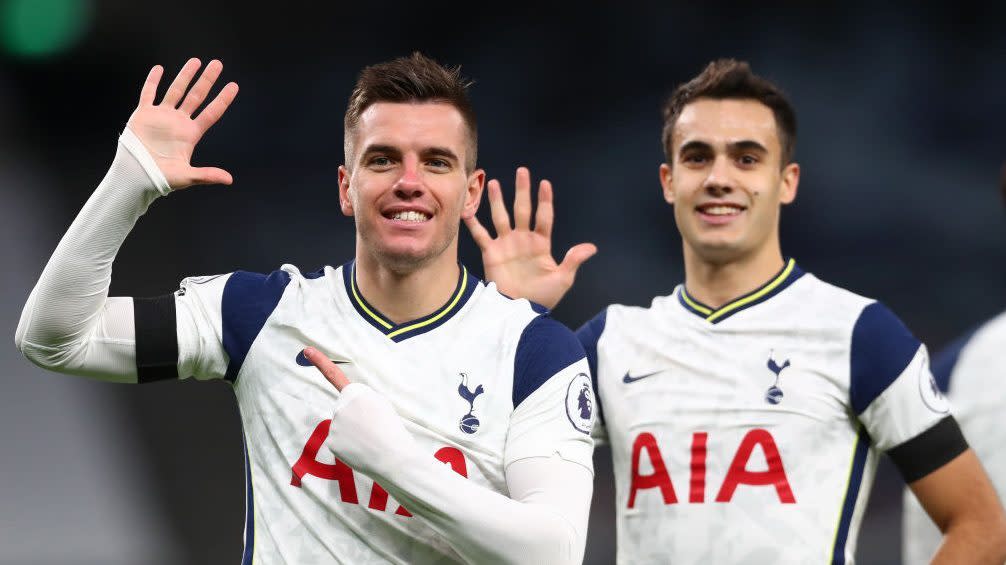 Spurs go atop the table, the first team in the league to 20 points having taken 16 of its last 18 points. Jose Mourinho’s men haven’t lost in the Premier League since opening day against Everton.

City has 12 points, five off the top four. It’s City’s first loss in any competition since Sept. 27, a run of nine matches which nonetheless included draws with Leeds, West Ham, and Liverpool.

Toby Alderweireld pulled up with a late injury, and Joe Rodon made his Premier League debut when he became Spurs last sub. That meant a day off for Gareth Bale.

Tottenham – Manchester City was a beauty, especially in the first half, and Pep Guardiola has his work cut out for him to save Man City’s season ambitions.

1. Mourinho masterclass: You’ll read that phrase in a lot of places after this one, as Mourinho’s unit used extra defenders and set up wide. That allowed them to take advantage of any gaps moving forward, and Son’s early goal played right into Mourinho’s hands as the match moved forward. City had a lot of the ball and probably should’ve been level by half, but if ifs and buts were candy and nuts…

2. VAR’s Game of inches: Man City briefly thought it had leveled the score in the first half, as Aymeric Laporte lashed home, but VAR spotted a handball on Gabriel Jesus in the build-up. The replay showed Jesus settling the ball with his upper arm and it seemed like it was touch-and-go whether he it contacted him about the shirt sleeve line or just below.

Rodri’s cry, in particular, was bloody-curdling when the replay of the handball incident was shown on the TV screens. He was right next to Mike Dean and it echoed around the stadium here. #TOTMCI #THFC 1-0 #MCFC

3. Man City needs health (especially given record v Spurs): There are precious few who will want to hear Pep Guardiola’s lament, as Gabriel Jesus and Riyad Mahrez (or Ferran Torres) are second choices that would be most club’s first, but City has assembled its midfield and center backs but boy, oh boy, were they missing Sergio Aguero and Raheem Sterling.

And it’s not just a Mourinho thing in this match-up. Spurs have a numbers-befuddling record against City dating back to the start of 2019-20.

Man of the Match: Kane-DB > KDB

Well to be fair this is about finish, as Kevin De Bruyne was wonderful again and unlucky not to score when his first-half shot struck a prone Gabriel Jesus. But Kane now has at least a goal or an assist in eight-straight matches to give him seven goals and nine assists in nine PL matches.

City was all over the hosts to start the match but Spurs took a shock lead as Joao Cancelo lost track of Son, who blazed across the pitch to meet Tanguy Ndombele’s pass over the City team off a quick restart.

Gabriel Jesus’s terrific dribble led to a Kevin De Bruyne chance that the Belgian blasted into his prone teammate and out for a goal kick.

City kept coming in a breathless first quarter-hour only slowed by the occasional set piece.

Laporte had 1-1 but it was chalked for a handball on Gabriel Jesus in the build-up after a lengthy VAR review.

Spurs doubled the lead on the counter in the 65th minute through Lo Celso, who had been on the field for all of a minute.

A lightning move ended with Kane slipping Lo Celso into the left side of the box to slot past Ederson for 2-0.