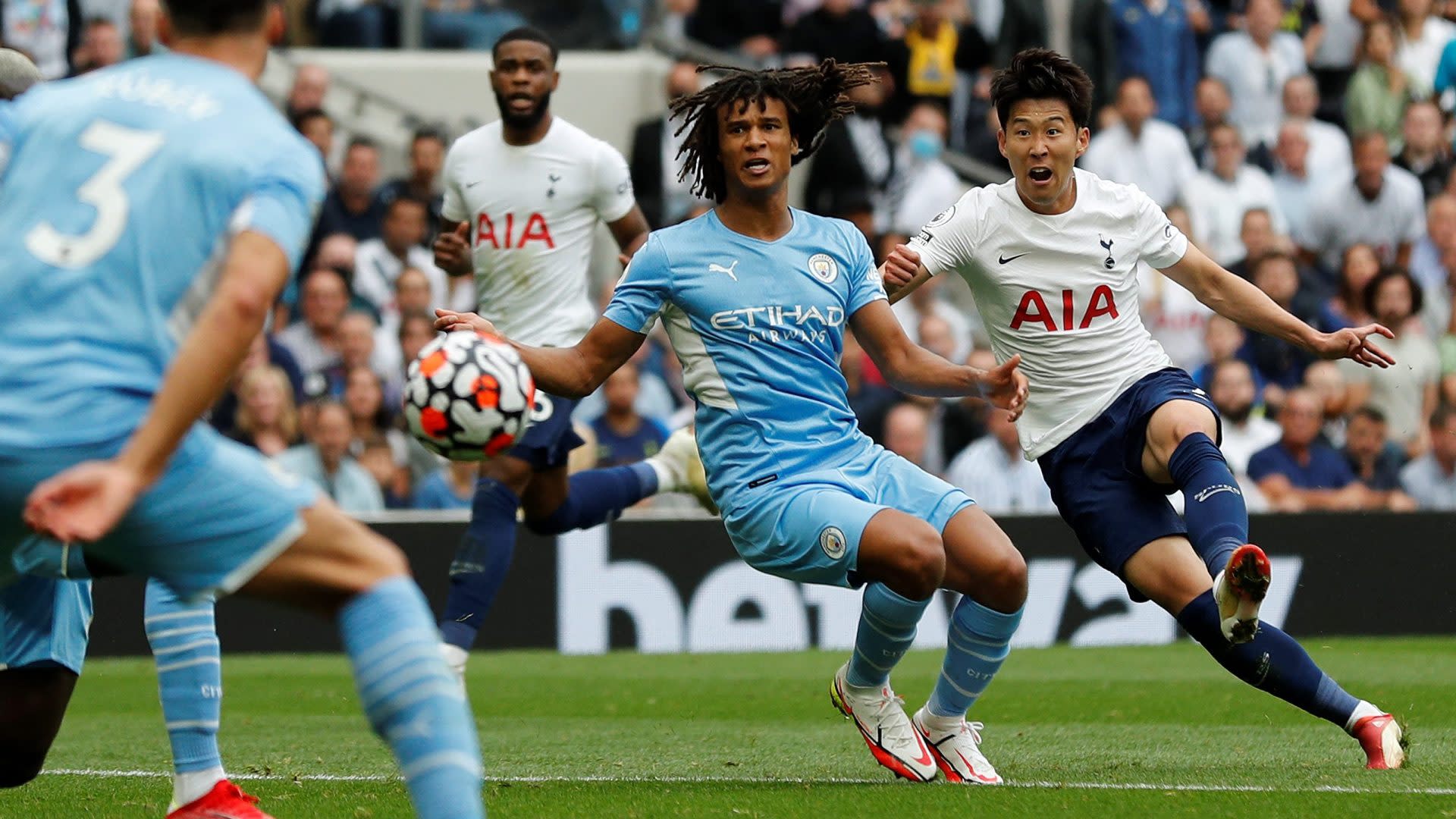 A boisterous Tottenham Hotspur Stadium saluted its upset heroes and gave absent striker Harry Kane plenty to think about as he considers his future in the Premier League.

Son’s goal came against the run of play but that was very much Nuno’s plan, as two-thirds possession and an 18-13 edge in shots — 11 inside the box — were enough for a winning start.

Man City hosts Norwich City next on Saturday while Spurs visit their boss’ old haunt the Molineux to meet Wolves in one week.

1. Aggressive Spurs perform so well in Kane’s absence: Heung-min Son’s goal was certainly deserved as Tottenham played angry and opportunistic from Moment No. 1, an approach embodied by Japhet Tanganga at right back. At one point, referee Anthony Taylor called over Spurs captain Hugo Lloris to presumably warn Spurs about persistent fouling and physical play. It didn’t change much. No one was perfect but Pierre-Emile Hojbjerg, Dele Alli, and Tanganga all but in shifts in front of a typically-strong Lloris.

Still, Spurs need quick resolution of this Kane story if he’s leaving North London. Son is very good and did Harry Kane’s role in a decent manner, but the difference between Spurs when both players are alternating between hold-up maestro and dangerous play driver is obviously huge. If they do sell Kane, t’s going to be key that they have an immediate answer in Kane’s stead (as improbable of a task as that will be for a player to put on Kane’s legendary shoes. At least Kane is painting a poor picture on his way out the door).

2. Grealish is going to work very well here, but City needs its center forward: Wow, did the Aston Villa export come flying out of the starting blocks, working end-to-end, drawing fouls, and showing immaculate touch on more than one occasion. And as the soon-to-be 26-year-old gets to experience life as a big part of a great team rather than the non-focal point of a decent one, you can count on some real shows from Grealish, especially when Kevin De Bruyne returns to the starting lineup and — perhaps — a star striker arrives at the Etihad.

3. Make people like you: Nuno Espirito Santo’s tactical approach to his first Premier League match as Tottenham was nearly identical to that deployed by Jose Mourinho. The difference is that Nuno is not just likable but he’s cultivated more positive relationships in the game. When you throw in Harry Kane’s absence and the Nuno newness, you get words like “brave” put on a disciplined defending/counterattacking philosophy as opposed to “negative.” And it works when your stars finish their chances, as Son’s goal came as Spurs rang up 12 shots and almost all came on the counter attack.

Man of the Match: Japhet Tanganga

Yes, the right back was given plenty of leniency from the officials, but he was a force. There was more than a whiff of a previous Man City loss to Spurs in which a younger Tanganga helped Tottenham spring a surprise. Son’s in this discussion, too, as are Hojbjerg and Grealish.

City was all over Spurs to start, Grealish turning Oliver Skipp inside out to win a free kick that led to a corner, the resulting service headed just wide by Fernandinho.

Joao Cancelo then stayed with a loose ball and chopped a shot just wide of the far post.

Spurs settled into their game plan and counter-attacked well at times, doing well when they exposed Fernandinho for speed but unable to take advantage of good corner kick service from Heung-min Son.

It was back in City’s hands after the half-hour mark, Grealish and Mahrez influential en route to a Raheem Sterling cross that Mahrez couldn’t fit inside the posts.

The next Spurs counter came in the 40th minute, Son just missing the far post with a shot that hit Cancelo’s rear end but wasn’t spotted by referee Anthony Taylor.

Spurs then took the lead against the run of play with another counter, Son cutting inside Nathan Ake and hitting a seeing-eye shot inside the post that Ederson assumed would be cut out by a slipping Ruben Dias. Why didn’t he dive? Perhaps playing a possible deflection, but not great from a world-class keeper.

And it should’ve been 2-0 when Bergwijn got behind the City backs but smashed his 15-yard shot off the outside of the netting.

Grealish was saved by Lloris in the 74th minute, still City’s best threat. Kevin De Bruyne, Gabriel Jesus, and Oleksandr Zinchenko entered the game, and De Bruyne nearly equalized in the 84th minute only to be defied by a flying Lloris.