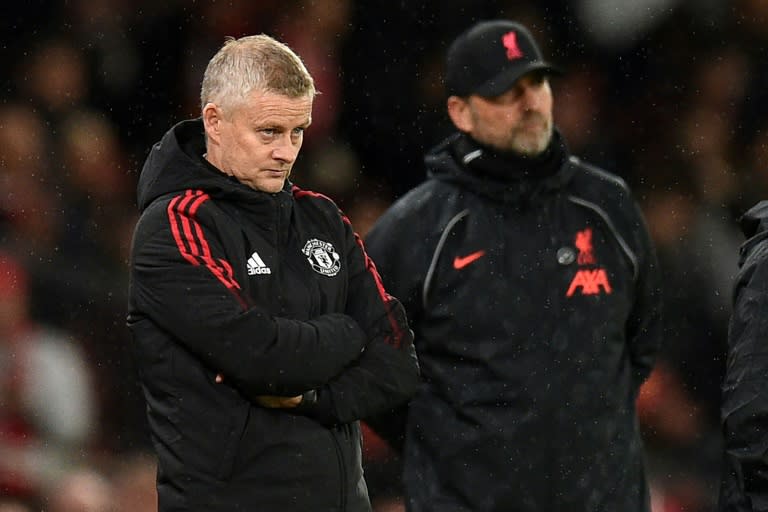 Manchester United manager Ole Gunnar Solskjaer vowed on Friday to «fight back» after his side’s humiliating 5-0 drubbing by Liverpool left him in a perilous position at Old Trafford.

The Norwegian boss, in charge since December 2018, has been under intense scrutiny since last week’s home defeat, which left United seventh in the Premier League table after taking one point from a possible 12.

At his press conference ahead of Saturday’s trip to Tottenham, Solskjaer was asked if he had spoken to former manager Alex Ferguson since the Liverpool loss, and whether he believed he could emerge from the current predicament and be as successful as his old boss.

And he said: «Yes, on both accounts. We had a commercial day, and Alex came to do some commercial stuff. I met him and spoke to him, just for a brief moment.

«I’ve been through some very bad moments here as a player and when I’ve been a coach and a manager as well.

«I’ve had to deal with setbacks, there’s probably been two or three crises at least since I became the manager here. One thing I can say is that I’ll always give it a good shot and fight back.»

Solskjaer also described a report that Paul Pogba, who was sent off in the Liverpool match after coming off the bench at half-time, did not speak to him afterwards and had put contract talks on hold as «blatant lies».

Pogba tweeted an image of the report’s headline with the words «fake news» over the top of it, and the message «big lies to make big headlines».

«We expect to be criticised, because hands up, the performance wasn’t good enough, you expect to hear it from right, left and centre,» said Solskjaer.

«But we can’t accept when lies are being made up, and Paul came to me and told me what he had put out on his social media account.

«We’re better than that as a group. The culture is better, the environment is better. When it’s blatant lies, they have to stand up and say so. All the opinions and reports, fine, but don’t make lies about players or me.»

The United boss said his players had had a «good week» on the training ground.

«Sometimes when you come in for criticism like you are doing, you get into the trenches with your team-mates, and that reaction I’ve seen this week,» he said.

«This club, with whatever we’ve been through before, it’s always about getting through with courage, togetherness, team-work, self-belief and sticking together.»

Defender Harry Maguire, who apologised to supporters immediately after Sunday’s defeat, told United’s official website the players had let the club and fans down but the squad could bounce back.

«We have a lot of experience in our dressing room and a lot of leaders,» he said.

«We’re open, we’re men and we can take someone pointing the finger at us, but one thing is for sure and that’s that we all know we’re in this together, there’s no blame game.

«Everyone has to look at themselves individually and look at where they can improve and help the team. That’s what I’ve been doing and I’m sure that’s what every player has been doing in the dressing room.»