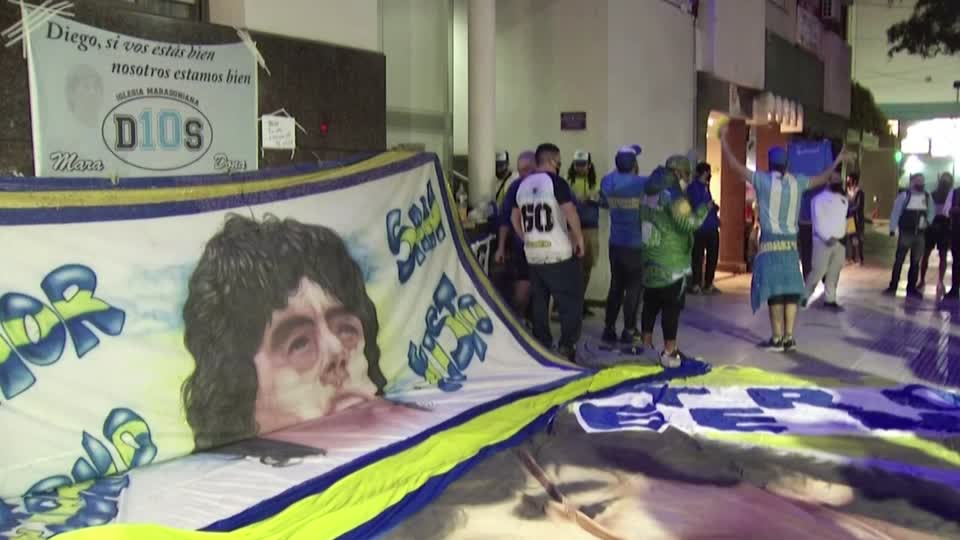 Argentine soccer great Diego Maradona is recovering in hospital, after surgery to treat a blood clot on the brain, the former World Cup winner’s doctor said late on Tuesday (Nov 3).

Maradona was admitted to hospital a day earlier, where dozens of his supporters waited outside for news.

His personal surgeon Leopoldo Luque gave a positive update on the 60-year-old’s condition.

«The surgery lasted approximately one hour and 20 minutes. I was able to evacuate the hematoma successfully and Diego tolerated the surgery very well. And the truth is that Diego is awake, everything is good, very good.»

Maradona won the World Cup with Argentina in 1986, but has suffered with poor health for several years.

He has not been seen in public since last Friday (Oct 30), the day of his 60th birthday when he took charge of a soccer match involving the local team he currently coaches.