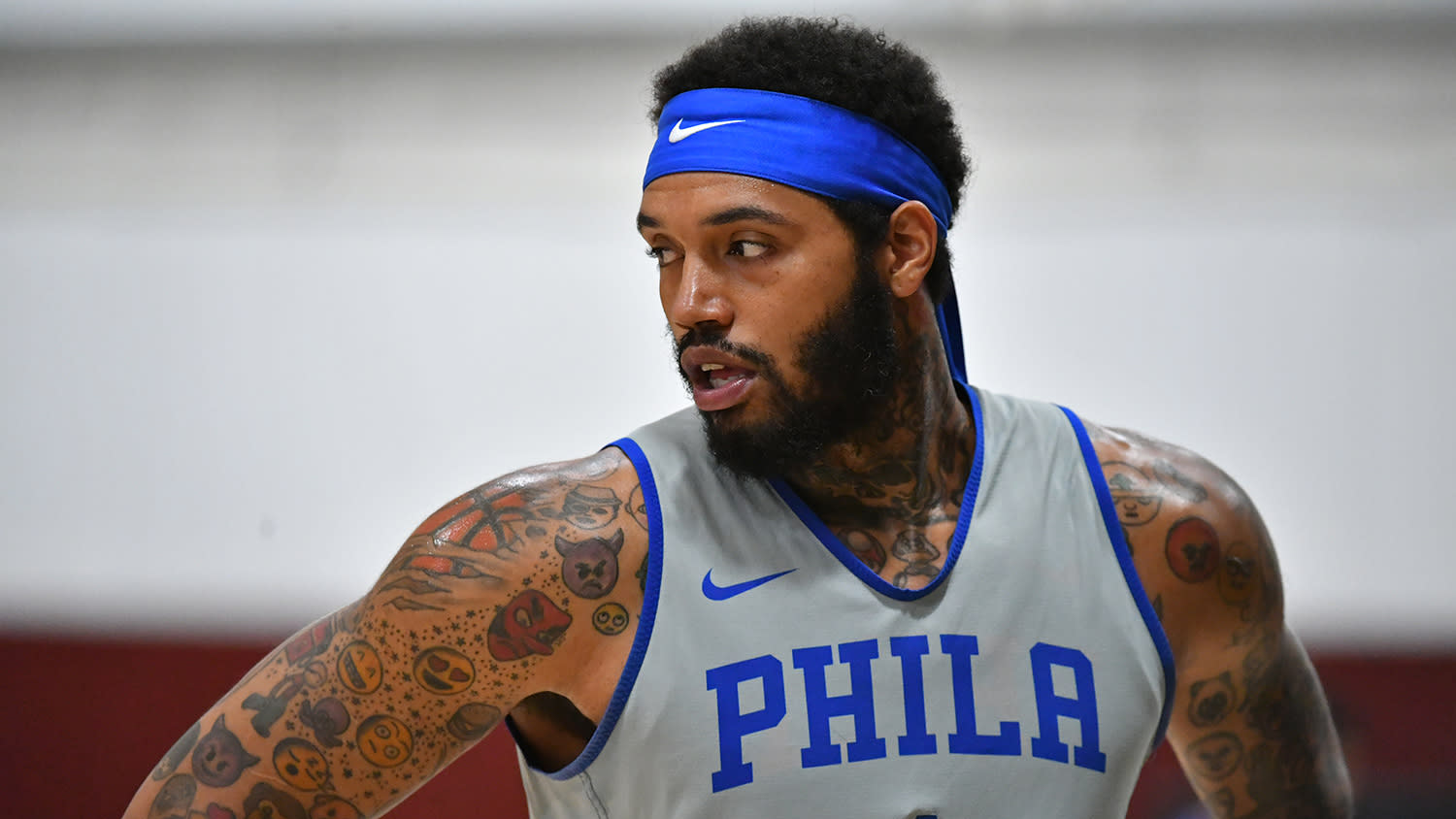 Mike Scott turned 32 years old a week ago. While he didn’t mind that the first question he received in a video conference call Thursday night was about the birthdays the Sixers have celebrated so far at Disney World, it wasn’t what he planned to address.

He followed teammate Tobias Harris and other players across the NBA, including Paul George, Donovan Mitchell and Marcus Smart, in focusing on Breonna Taylor. A 26-year-old Black emergency room technician, Taylor was killed by Louisville police on March 13. Brett Hankison has been fired, while officers Jon Mattingly and Myles Cosgrove have been placed on administrative reassignment. None of the three officers involved have faced charges.

I appreciate the birthdays,» Scott said. «We definitely have a lot of birthdays. But I just want to continue to reiterate that (Kentucky attorney general) Daniel Cameron, we’re still waiting. We don’t know what’s taking so long. We still want justice for Breonna Taylor’s murder. I just don’t know what’s taking so long. You’ve got these folks on Instagram at the beach living it up. Like, no. Hell no.

«We still want justice for Breonna Taylor – so does (Matisse Thybulle). And that’s it. That’s going to be my answer every time you guys interview me. … I appreciate everyone here that’s doing their jobs. It’s probably not the answers y’all want. But at the end of the day, that’s all I want to continue to keep saying. We want justice, and I just don’t get what’s taking so long.

Before the Sixers departed for Florida, Scott said he was unsure how he might go about using the restart as a platform. He did call the NBA’s idea to allow players to have pre-approved social justice statements on the back of their jerseys «terrible» and said it was «a bad list.»

As usual, Scott was honest then when asked about the topic of racial injustice.

«A lot of anger, disappointment,» he said on July 6. «Just questioning a lot of stuff like, ‘What’s going on in this world? How can people be so evil?’ Just a lot of anger, man. Mostly just anger. Using my platform … I’m more reserved, laid back, and I’m more of let’s just do it instead of just talking about it. Just go out there and just do it.

«Mostly just anger, and I’m grateful that I still play in the NBA, and sometimes I think like I’m not in the NBA. There was a lot of anger, and still angry.»

While Scott prefers action to talk, his words draw further attention to Taylor’s death and help ensure her name doesn’t fade from the public consciousness.

He acknowledged on July 6 that excitement isn’t his instinctive reaction when he thinks about playing basketball again under these circumstances.

«… Most people would be like, it should be pretty easy, just think about basketball, but I don’t know, man,» he said. «It’s tough. Just starting thinking … after what’s gone on the past couple months. I’ve been dealing with that and just trying to workout every day, get my mind ready for Orlando, but at the same time, how can you not look and focus on everything else that’s going on? It’s definitely tough.»