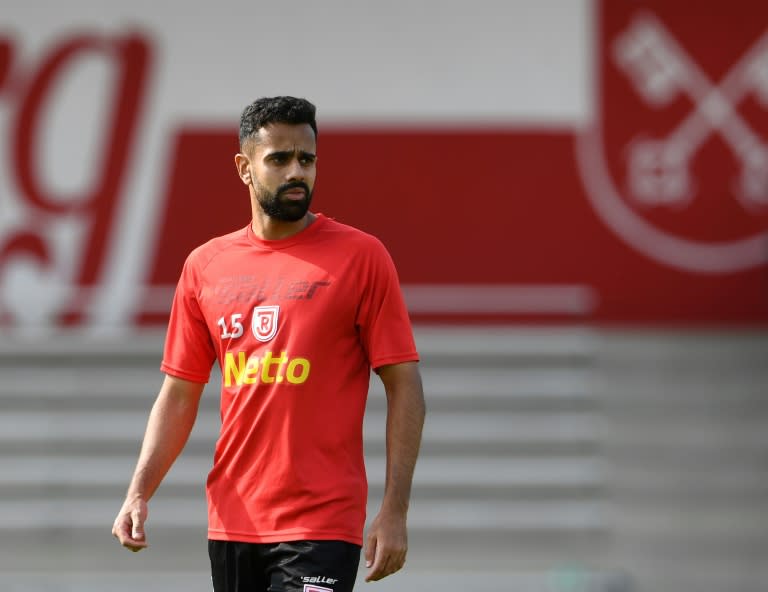 After his hopes stalled at Bayern Munich, New Zealander Sarpreet Singh has kick-started his career on loan this season at Jahn Regensburg where his performances have helped them top Germany’s second division.

Singh was mobbed by team-mates after his stunning goal sealed a 4-1 home win over Schalke to send Regensburg top of the table last weekend.

«Everything is going well so far,» Singh told AFP via a video call.

«I’m enjoying my football and I’m quite pleased with the assists and overall team play. Hopefully we can keep this momentum going.»

Singh puts his form down to the extra kilos he packed on in pre-season.

«I tried to get in the gym and put on a bit of size» and the «work ethic and professionalism» within the Regensburg squad.

«The most important thing as a footballer is to play week in, week out,» he said.

«Last year, I wasn’t playing as much or I was in and out, so to get a consistent run of games always helps and performances come on the back of that.»

Singh was born in Auckland to Indian parents.

Having made his name for Wellington Phoenix, a glittering career in Germany beckoned after he caught the eye of Bayern Munich, who signed him in 2019.

After a spell in the reserves, Singh made his first-team debut in December 2019 and became the Bundesliga’s first player of Indian descent.

He was involved in the Bayern squad which won the 2019/20 treble of Champions League, Bundesliga and German Cup titles.

Then his career stalled.

He returned to Bayern early when last season’s loan spell at Nuremberg failed to work out, but learnt valuable lessons.

«Football is up and down, so you have to enjoy the ups while you have them, because for sure you’ll have downs,» he said.

«It’s definitely put me in a better position now to know what to expect and how to react or adapt.»

After the false start in Nuremberg, Singh opted to sit out last month’s Tokyo Olympics to focus on pre-season training at Regensburg.

New Zealand coach Danny Hay has described Singh as being «at a crossroads in his career» and the midfielder has no regrets at putting club football over playing for his country.

«This is a big year for me. Last season’s loan didn’t work out as I wanted it to – it was very important to put it right this year,» said Singh, who has played six internationals for New Zealand.

«Putting on the national jersey is always a huge, huge honour.

«I would have loved to have gone to the Olympics, but it was more important to be here with a new team in a new environment.

«If I was to miss all the pre-season, plus the first two or three games – the loan move might not have happened.

«I am happy where I am at the moment, playing games and enjoying it.»

Normally an attacking midfielder, Singh is showing his versatility and revelling in the space on the left wing.

«There is freedom, to move and swap sides, I enjoy having the freedom to roam and get into positions to be dangerous,» he said.

His target is to help Regensburg win promotion, but his «ultimate goal» is a return to Bayern’s first-team.

Having had stars like Robert Lewandowski and Thomas Mueller as team-mates, Singh has had a taste of elite football and wants more.

«Once you’re in that environment, you learn so much about why they are where they are,» he said.

«They work tirelessly to be in that position and even when they are the best in the world, they are still working to be even better.

«I try to learn as much as I can from those guys because – ultimately – I want to be at that level as well.»

Singh has not spoken to new Bayern head coach Julian Nagelsmann, but he knows what the Bundesliga giants want to see from him.

«We are talking about Bayern Munich, one of the top three or four best teams in the world,» he said.

«Consistency is one of the biggest things at the elite clubs because they know no other way than winning.

«At times, I can show what I can do, but at other times it might not always be there, so consistency is one of the most important things to reach the top.»