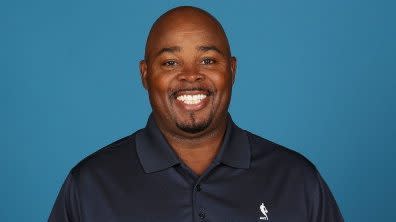 CLEVELAND (AP) — Sidney Lowe has been added to Cleveland coach J.B. Bickerstaff’s staff as an assistant.

The Cavs announced the hiring Thursday, bringing Lowe back for a second stint after he coached in Cleveland under Mike Fratello from 1994-99. The team made three playoff appearances in that stretch.

Lowe spent the past three seasons as an assistant with the Detroit Pistons.

“Sidney brings a wealth of coaching experience and familiarity to our staff,” Bickerstaff said. “He is a great teacher of the game and his ability to build lasting relationships across the board is integral to the growth of our overall culture here.”

Lowe, who was a point guard on North Carolina State’s 1983 NCAA title team, began his coaching career with Minnesota in 1992. He was Vancouver’s head coach for three years.

Lowe also coached at his alma mater from (2006-11) before returning to the NBA with Utah.

Check out more with the Cavaliers