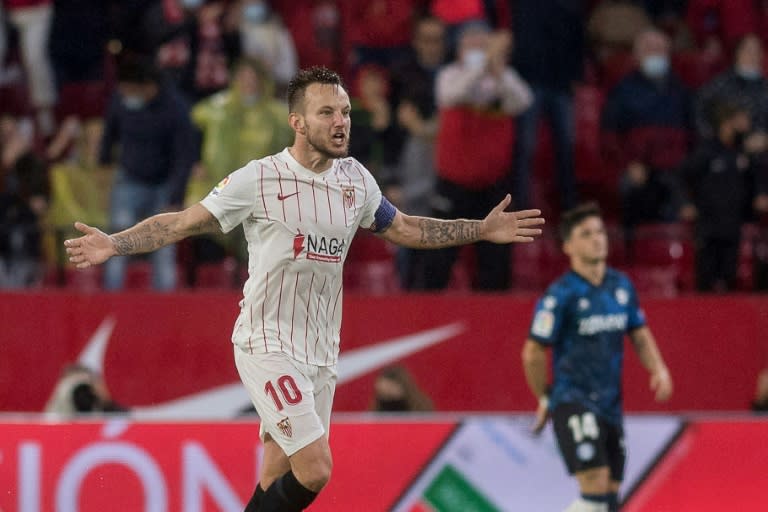 Ivan Rakitic scored an injury-time equaliser but Sevilla were unable to avoid slipping up in La Liga on Saturday as they were held to a 2-2 draw by a resurgent Alaves.

Rakitic’s late drive into the corner was only enough to salvage a point for Sevilla, who failed to win for a third time in five league games.

Alaves started the season with seven defeats from eight matches but they have now won three and drawn two of their last five, the draws coming from visits to Barcelona and now Sevilla.

Sevilla go top on goal difference, above Real Sociedad, who can reclaim first place by beating Valencia on Sunday. Real Madrid could also capitalise by winning at Granada.

But Alaves struck again on the brink of half-time as Luis Rioja’s free-kick was adjudged to have caught the arm of Ocampos in the wall. Joselu’s penalty squirmed under the body of Sevilla goalkeeper Bono.

Torrential rain made playing conditions tough, with one Ocampos cross stopping dead in the water in the penalty area.

Sevilla, though, found a way through in added time as Rakitic drove a loose ball into the corner from close range. Munir El Haddadi might even have won it for them, but headed straight at a relieved Fernando Pachecho.