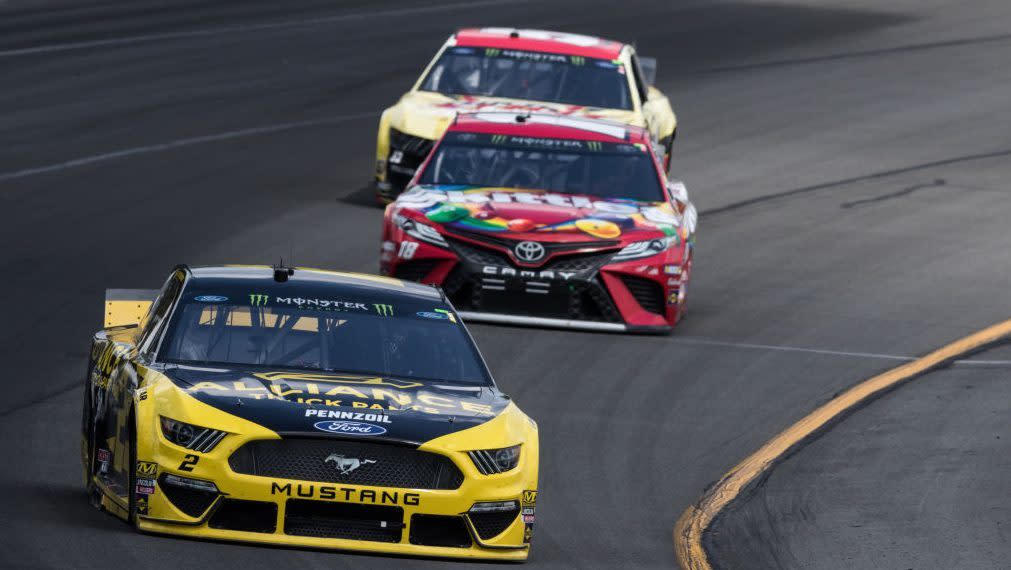 The first Cup event is one of five races scheduled for this weekend, including a Truck Series race earlier Saturday and a Xfinity Series race on Sunday.

The top-20 finishers for Saturday’s Cup race will be inverted for Sunday’s starting lineup.

Here are the details for Saturday’s race:

(All times are Eastern)

START: The command to start engines will be given by actors Charlize Theron and Kiki Layne at 4:23 p.m. The green flag is scheduled to wave at 4:35 p.m.

PRERACE: Drivers report to their cars at 4 p.m. The invocation will be given at 4:15 p.m. by Billy Mauldin of Motor Racing Outreach. The national anthem will be performed at 4:16 p.m.

PACE LAP: At the direction of race control, the entire field will go down pit road during a pace lap for pit road speed verification. If a driver stops in the pit box for any reason, pull over or slow down, they will start at the rear of the field.

FORECAST: The wunderground.com forecast calls for isolated thunderstorms with a high of 74 degrees and a 31% chance of rain at the race’s start.

Catch up on NBC Sports’ coverage:

Bubba Wallace fans at Talladega: “We were there for him”

Brad Daugherty: ‘It’s incumbent upon us at NASCAR to do better’

NASCAR releases image of noose but cannot determine who did it