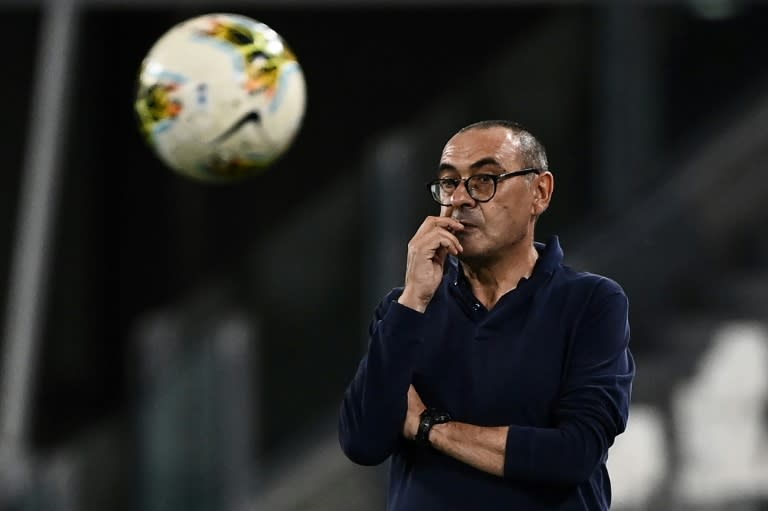 Milan (AFP) – Maurizio Sarri described his first league title with Juventus as «tasting sweet» after a difficult debut season for the veteran coach overshadowed by a three-month coronavirus lockdown.

«I told the players ‘if you win with me who has never won anything, it is because you are really strong’,» Sarri told journalists after the Turin giants sealed their ninth league title in a row on Sunday.

Cristiano Ronaldo and Federico Bernardeschi scored in either half as Juventus beat Sampdoria 2-0 to move seven points ahead of second-placed Inter Milan and seal a 36th ‘Scudetto’ with two games to spare.

The title is 61-year-old Sarri’s first and extends a record Juventus run which Antonio Conte started with three titles from 2012 and Massimiliano Allegri continued with the following five.

«It has a sweet taste. Winning is hard and this club has been winning for so many years,» said Sarri, whose only previous trophy was the Europa League last year with Chelsea.

«Every year it is harder. There is nothing acquired in sport and it is not easy to stay at this level.

«It has been a very hard, very long, strange season. To succeed in being champions with two rounds to go, is the great merit of this group.»

Sarri praised club president Andrea Agnelli and officials for helping him find his feet during his first season at the 36-times Italian champions.

«The president is a person who gives you energy, the leaders are always present,» he said.

«When you arrive you have to enter on tiptoe. Then it’s a long journey. You can’t arrive at a club that has been winning for eight years and want to change everything. It wouldn’t be smart.»

Sarri’s focus will now turn to the Champions League last 16 tie against Lyon on August 7, where Juventus need to overturn a 1-0 deficit from the first match in France.

Juventus have not won the European title since 1996.

«The Champions League, I don’t think about it yet. I want to take at least a night to enjoy this, the players too,» said the Italian.

«What is happening is beautiful and difficult. We will see how we will approach this. We’re coming off 14 games played in 44 days.

«We left people behind and let’s hope we didn’t lose Paulo (Dybala) as well. We’ll see,» he continued of the Argentine who limped off the pitch against Sampdoria.

«This is a tournament that is difficult to predict because each team will have its own story.

«But I think this is a year when anything can happen.»