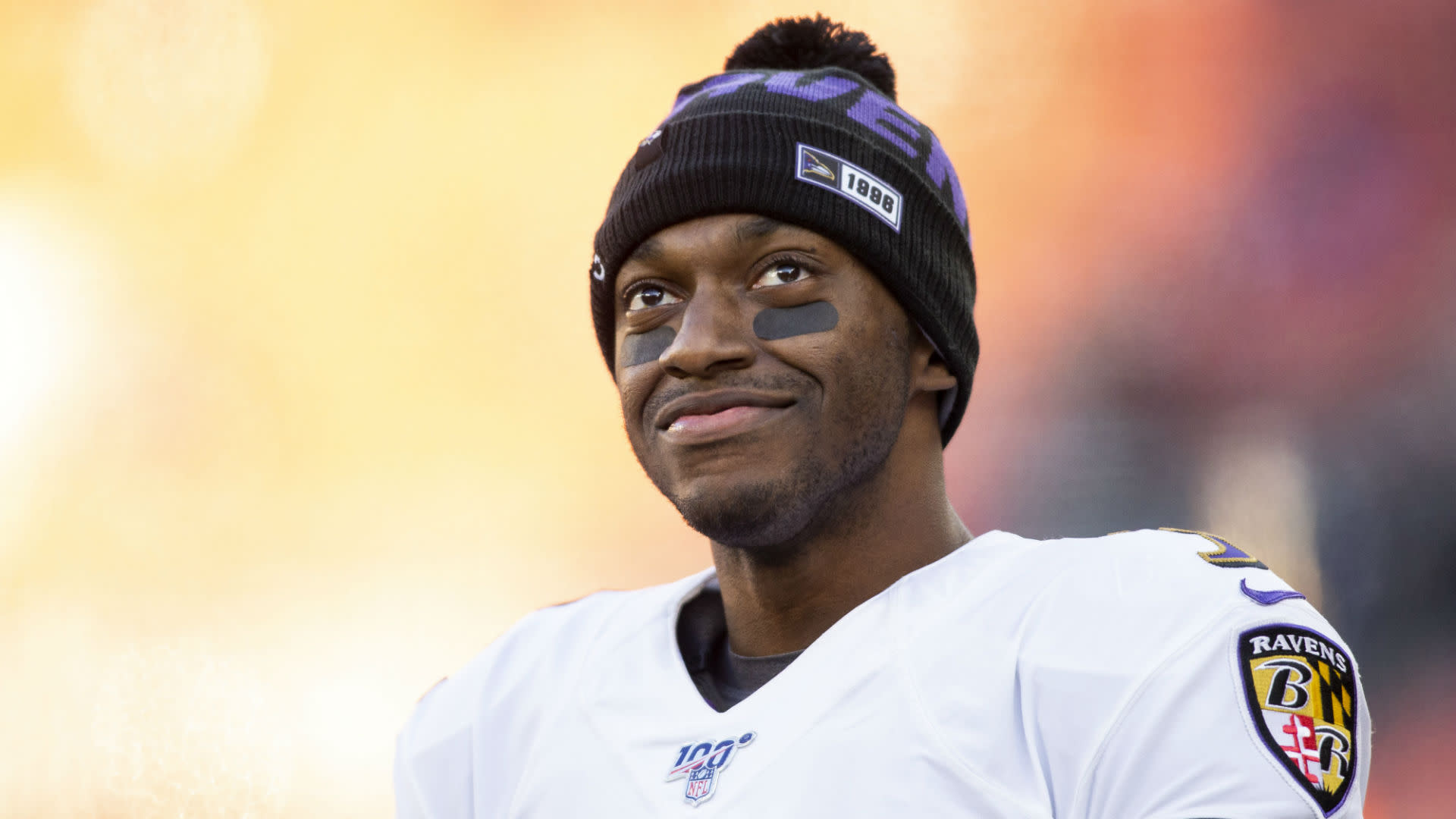 On a podcast with ESPN’s Washington Redskins reporter John Keim, Ravens backup quarterback Robert Griffin III spoke about his fallout with the Redskins, his year out of football, and his addition to the Ravens.

Griffin said the media perception of him in Washington never matched who he was as a person and that those who knew what was going on behind the scenes were able to follow what happened.

He added he’s learned lessons from his time in Washington, which lasted from 2012-2016, and used them in his career as a motivating tool. While Griffin sat out the 2017 season, he credited part of that reason to his perception around the league created while he was in Washington.

«When I got Baltimore they just kind of brought me in and said, ‘Look man, go be yourself, we’ve got your back. Hopefully, you can show us that you can make this team,'» Griffin said. «I think I’ve proven to the Baltimore Ravens, and hopefully to the rest of the league, that whatever happened in Washington wasn’t a byproduct of me not working hard, wasn’t a byproduct of me being a bad teammate or any of the negative things that were written. That was just a byproduct of an angry coach. That’s just the bottom line.»

Griffin took the league by storm in 2012 and led the Redskins to a 10-6 finish after a 3-6 start en route to an NFC East division title. He won Rookie of the Year that season after a year where he threw for 3,200 yards, 20 touchdowns, just five interceptions and had a 65.6 completion percentage. He rushed for 815 yards and seven touchdowns on 120 rushes, which turned out to be just shy of half of his total rushes in his three years of playing time for the Redskins.

In the 2012 NFC Wild Card game against the Seahawks, Griffin blew his knee out late in the fourth quarter. The diagnosis was a torn LCL and ACL.

«When you’re coming out of college and you have all the excitement and all the hype and then you go out and you deliver, your team wins the division, you win Rookie of the Year and then you have a bad injury, I think it was all part of it,» Griffin said. «The scrutiny wasn’t an issue. I think organizationally, you have to have everybody (who) has to have the same vision. Unfortunately, that just wasn’t the case. I don’t think that’s lost on anybody at this point.»

RELATED: THE RISE AND FALL OF ROBERT GRIFFIN III

Griffin said he occasionally looked back at the 2012 season – and remarked how injured he was down the stretch – but he’s since stopped watching past games from that stretch run.

He said it was a lot to put on a young quarterback like himself, who was 22 years old at the time.

Now 30, he’s got one year left on his contract with the Ravens as the backup quarterback to Lamar Jackson, the league’s reigning MVP. And Griffin’s time with the Redskins is now firmly in the rearview mirror.

«For me, the bottom line was I got hurt and I got hurt one too many times and it didn’t work out for me, it wasn’t meant for me to be a Washington Redskin for my whole career,» Griffin said. «Do you wish everybody was aligned? Yes. But at the end of the day, they weren’t. That’s just the bottom line, you have to move on from it. I think I’ve done a good job of that moving to Baltimore and really just maximizing the opportunity that I have with such a great organization.»

Stay connected to the Ravens with the MyTeams app. Click here to download for comprehensive coverage of your teams.