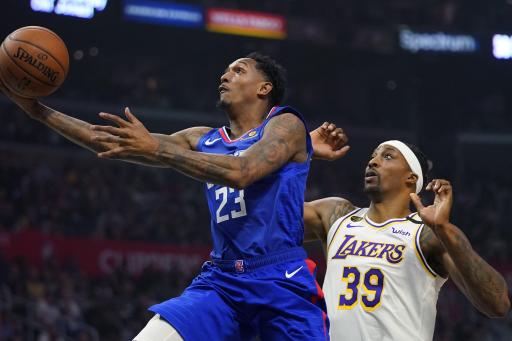 Williams has described himself as “50-50” on whether he would finish out the pandemic-interrupted season because he didn’t want to distract from the ongoing push for social justice in the wake of George Floyd’s death while in police custody.

“Obviously, up until we get on the plane, anything can happen,” Rivers said during a video conference with media Wednesday. “But I do expect Lou to be with us. I would be very surprised if he’s not.”

Williams, last year’s Sixth Man of the Year, was averaging 18.7 points, 3.1 rebounds and 5.7 assists in 60 games before the league shut down in March due to the coronavirus.

Rivers said he doesn’t think any of the Clippers are opting out from resuming the season. The team heads to Orlando, Florida, on July 8.

“But listen, it is their choice and we support that,” the coach said. «There are so many reasons for everybody to play but there are also very valid reasons for guys to opt out. I don’t think many will. I think they are all invested in what we are trying to do. But again you don’t hold it against anyone on any team. This is extraordinary times and we just have to support each other.”

Guard Landry Shamet echoed other players’ feelings about traveling to Florida at a time when COVID-19 cases and hospitalizations are on the rise in certain states.

“It’s obviously a concern, but we’re in the best possible situation and scenario to combat that,” he said. «If there’s a scenario where you feel more comfortable it would be being in a bubble. That’s as controlled as any environment can be, so that’s one positive that I’ve been thinking about.”

Rivers added, “I’m hoping when we get to the bubble it becomes the safest place in America.”