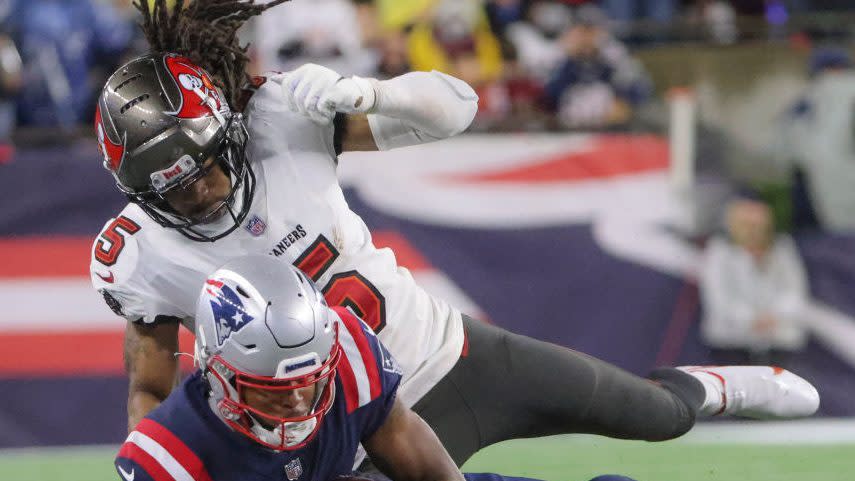 Buccaneers head coach Bruce Arians said that he thought cornerback Richard Sherman played “really, really well” in his debut with the team last Sunday night, but Sherman had a less charitable take on how things went.

Sherman was thrown into the fire as a starter after signing with the Buccaneers last Wednesday and he remained on the field for 58 of their 59 defensive snaps in a 19-17 win. Sherman wasn’t on a team in the offseason or training camp and said that his “legs were like Jell-O” in the fourth quarter, which was part of the reason why his review of his performance was less laudatory than the one offered by Arians.

“The coaches were giving me credit in the meetings. They’re like, ‘Man, it’s a tough spot to be in, and we understand,’” Sherman said, via Joey Knight of the Tampa Bay Times. “But to me, you’ve got a standard that you’re used to playing at, and I didn’t play up to my standard. So regardless of circumstances, I was frustrated when I watched the tape. There were some plays where I could physically see myself, I’m making the right movements, I’m making the right steps, I’m putting myself in the best position, my legs just weren’t there, and I can understand that.”

Sherman’s playing time is unlikely to go down anytime soon. Arians said on Wednesday that Carlon Davis and Sean Murphy-Bunting will be out for a while and any thoughts of acquiring Stephon Gilmore went up in smoke on Wednesday. That leaves Sherman in a prominent role and he expects to be “a lot better and a lot more crisp” against the Dolphins this weekend.