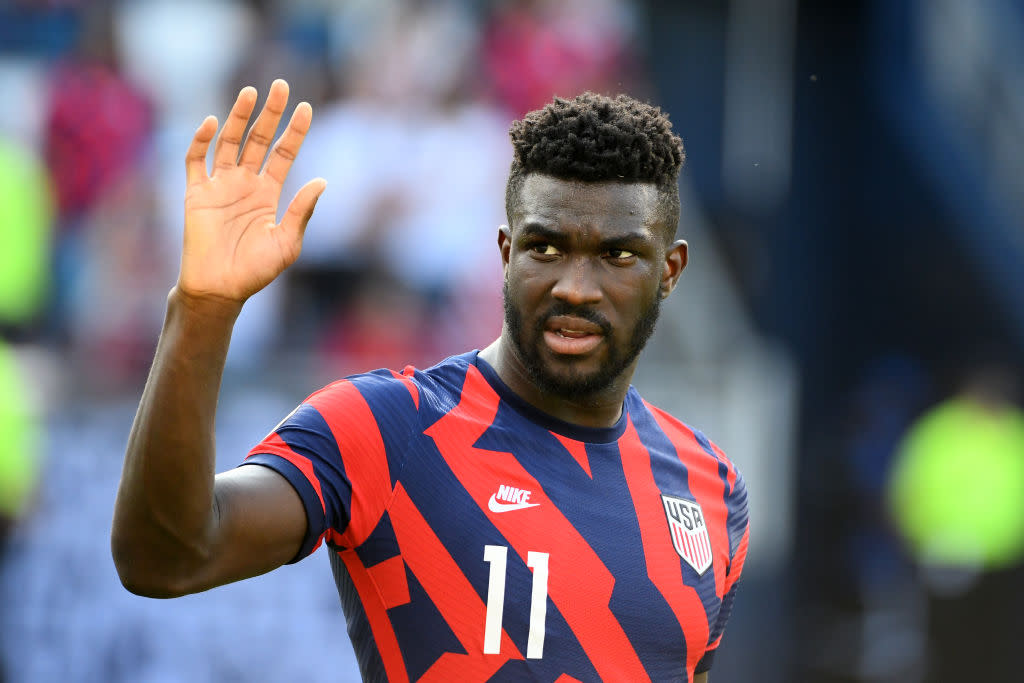 Daryl Dike is a wanted man as the Orlando City and USMNT striker has a lot of reported interest this MLS offseason.

Dike, 21, was a sensation on loan at Barnsley last season as he spent four months with the English Championship club and scored nine times in 19 outings as the Tykes sealed an unexpected playoff spot but didn’t reach the Premier League as they didn’t exercise their option to sign the USMNT forward permanently.

That meant that Dike went back to Orlando City and in an injury-hit campaign he’s scored 10 goals in 18 outings for the Florida club in 2021 as they’re in the MLS Cup playoffs.

All eyes will be on Daryl Dike to see what he does in January after the 2021 MLS season is over.

Dike has fallen down the pecking order with USMNT head coach Gregg Berhalter (despite decent outings in the Gold Cup in the summer) but there is clearly an opportunity for him to push his way back into the U.S. men’s national team squad ahead of the 2022 World Cup in Qatar.

A report from Fabrizio Romano on CBS Sports states that several Serie A clubs are interested in signing Daryl Dike.

With the success of Weston McKennie at Juventus, plus Gianluca Busio and Tanner Tessmann impressing at Venezia, it seems like Serie A is a very good landing spot for young Americans right now.

We know the Bundesliga has previously been that league, but Serie A is now emerging as a very good place for young USMNT stars to develop and get playing time right away.

Speculating about which kind of club Dike could move to, could Venezia’s American ownership group make a move? Maybe a team like Sassuolo would be a good fit? Or maybe even Atalanta, who are renowned for improving players? Dike would be a fantastic back-up for Duvan Zapata. What about Fiorentina? If Dusan Vlahovic moves on in January, Dike could have an instant starting spot.

Would this be a good move for the young American striker?

it all depends on which club Dike would end up at and what his playing time is. That is key.

Look at all of the young USMNT stars who have developed and taken their game to a new level early in their European odysseys. They’ve all played regularly and found a spot which makes sense for them. They haven’t just gone to big clubs for the sake of it.

From Gio Reyna at Dortmund to Tyler Adams at RB Leipzig and Joe Scally at Borussia Monchengladbach to Weston McKennie at Schalke and Gianluca Busio at Venezia, there was a clear plan with their moves to Europe and they went to clubs where they could play week in, week out and develop.

Dike has to find that and it could be in Serie A, but he will also have plenty of suitors from England’s Championship or maybe even the Premier League given the goals he scored last season. Dike will have options in January and it is all about making the right choice.