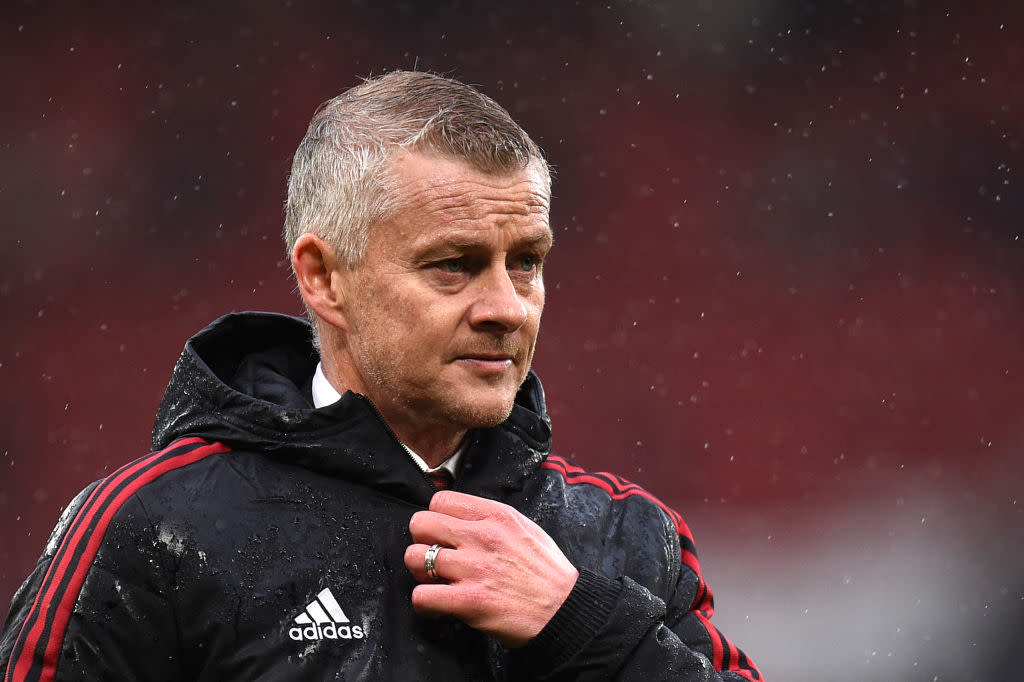 With two Premier League managers fired over the weekend, a report says that Manchester United boss Ole Gunnar Solskjaer will not follow suit.

Solskjaer is under intense pressure after Man United lost to Liverpool (5-0) and Man City (2-0, but could have been 5-0) in back-to-back Premier League home games.

Those shellackings showcased how far United are off Liverpool, Chelsea and Man City in the title race, but it is believed that Solskjaer faces no immediate threat of being fired.

After losing four of his last six games in the Premier League, that is surprising.

What is the latest at Manchester United?

Our partners in the UK at Sky Sports have the latest on Solskjaer’s future at Manchester United.

“Manchester United have no plans to replace manager Ole Gunnar Solskjaer despite Saturday’s defeat in the Manchester derby. There is no indication coming from the club of Solskjaer losing his job and as things stand he is expected to be in charge to face Watford after the international break.

“Speaking following that City victory, Gary Neville suggested a decision would not be made until after the departure of Ed Woodward at the end of the year. However, Sky Sports News’ understanding is that that process will have no bearing on any decisions which may or may not be made regarding the manager, as ultimately the board make such decisions as a whole with the final sign-off coming from Joel Glazer.”

What are their options?

This is a classic stick or twist situation.

Do Manchester United stick with Ole and hope he at least delivers a top four finish and maybe wins a cup competition? Or do they twist and try to push themselves back into the title picture, despite being nine points off the top after 11 games of the season?

It seems likely they will go for the latter, most likely because Ed Woodward is moving on in early 2022 and big decisions won’t happen until then. But also, and worryingly, there is a lack of available candidates out there right now to replace Solskjaer.

Tottenham have snapped up Antonio Conte and the likes of Brendan Rodgers, Erik Ten Hag or Mauricio Pochettino would be very hard to pry away from their current jobs.

For now, Solskjaer is safe but it feels like anything other than a huge upturn in results in the league and a couple of cup wins will keep him at Old Trafford beyond the end of this season.

That is when United will hope the likes of Rodgers, Pochettino and others will be more attainable and they can make the move that is needed.

Many would say it’s needed now, but can a new manager really solve their problems and get a new tune out of this talented but top-heavy squad between now and the end of the season?