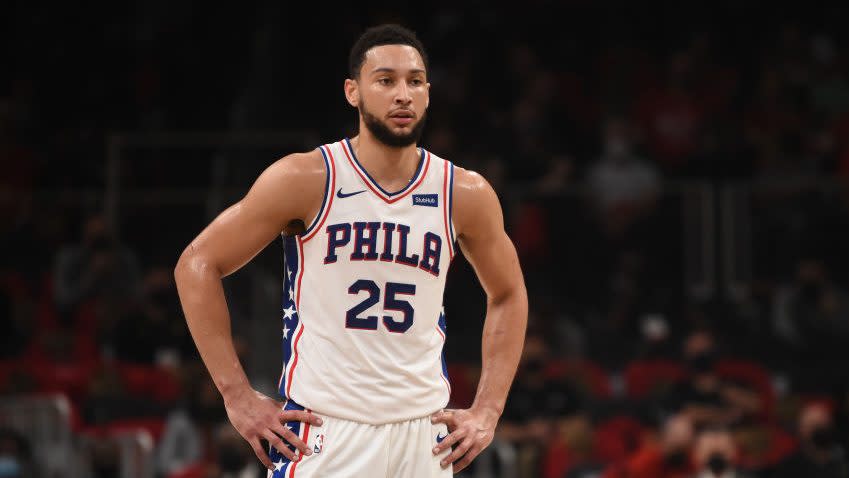 Even with him holding out of training camp (and not getting paid), trade talks remain stagnant on the Ben Simmons front, as they have for a few weeks, sources continue to tell NBC Sports.

But that is different from saying teams are not keeping the lines of communication open with GM Daryl Morey and the 76ers. Six teams have remained in communication with the 76ers in recent weeks, reports Keith Pompey of the Philadelphia Inquirer.

Simmons vs. Sixers: An inside look at a messy NBA divorce https://t.co/pF1YNcWHBK via @phillyinquirer

The problem is none of those teams is making an offer that interests the 76ers, who are looking for veteran players to put around Joel Embiid on a win-now team.

Minnesota is rumored to be the most aggressive team, going back to the day Simmons was made available. But with Karl-Anthony Towns and Anthony Edward both off the table (as they should be), it’s hard to construct a reasonable trade offer around D’Angelo Russell and picks. The Pacers could be a dark horse to land Simmons, but it would take the 76ers coming way down on what they are seeking in a deal. The Raptors were rumored to be talking about a trade around Pascal Siakam, but Toronto told him he would not be traded, and he doesn’t want to be anyway.

Simmons will face fines for not showing up to camp, but he was prepared for that and it doesn’t seem to bother him. Philly also is ready for this to last a while. Just know teams are talking to the 76ers; those talks just aren’t going anywhere.

Check out more on the 76ers