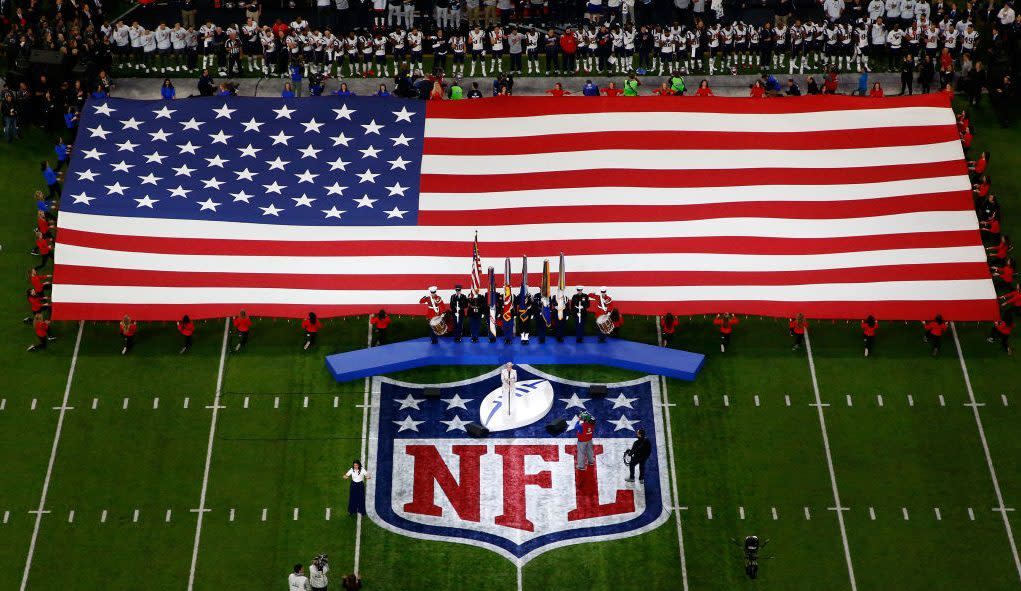 The NFL will play “Lift Ev’ry Voice And Sing,” commonly known as the black national anthem, before every season opener, Jason Reid of ESPN reports.

Stadiums will have someone perform “Lift Ev’ry Voice and Sing” before “The Star-Spangled Banner,” according to Reid.

Some players, as well as Texans coach Bill O’Brien, already have committed to kneeling for the national anthem.

The NFL is considering other measures to recognize victims of police brutality during the upcoming season, per Reid. The proposals include listing the names of victims on uniforms through helmet decals or jersey patches, an idea that would come in collaboration with the NFL Players Association.

The league hopes it demonstrates “a genuine commitment to the public, players and coaches and that player voices continue to be heard,” according to Reid’s source.

NFL commissioner Roger Goodell admitted in a video last month that the league was wrong for not listening to its players earlier and pledged allegiance in their battle for social justice.

Of course, a team signing free agent quarterback Colin Kaepernick likely would be seen as more of a show of faith than anything else the league can say or do.