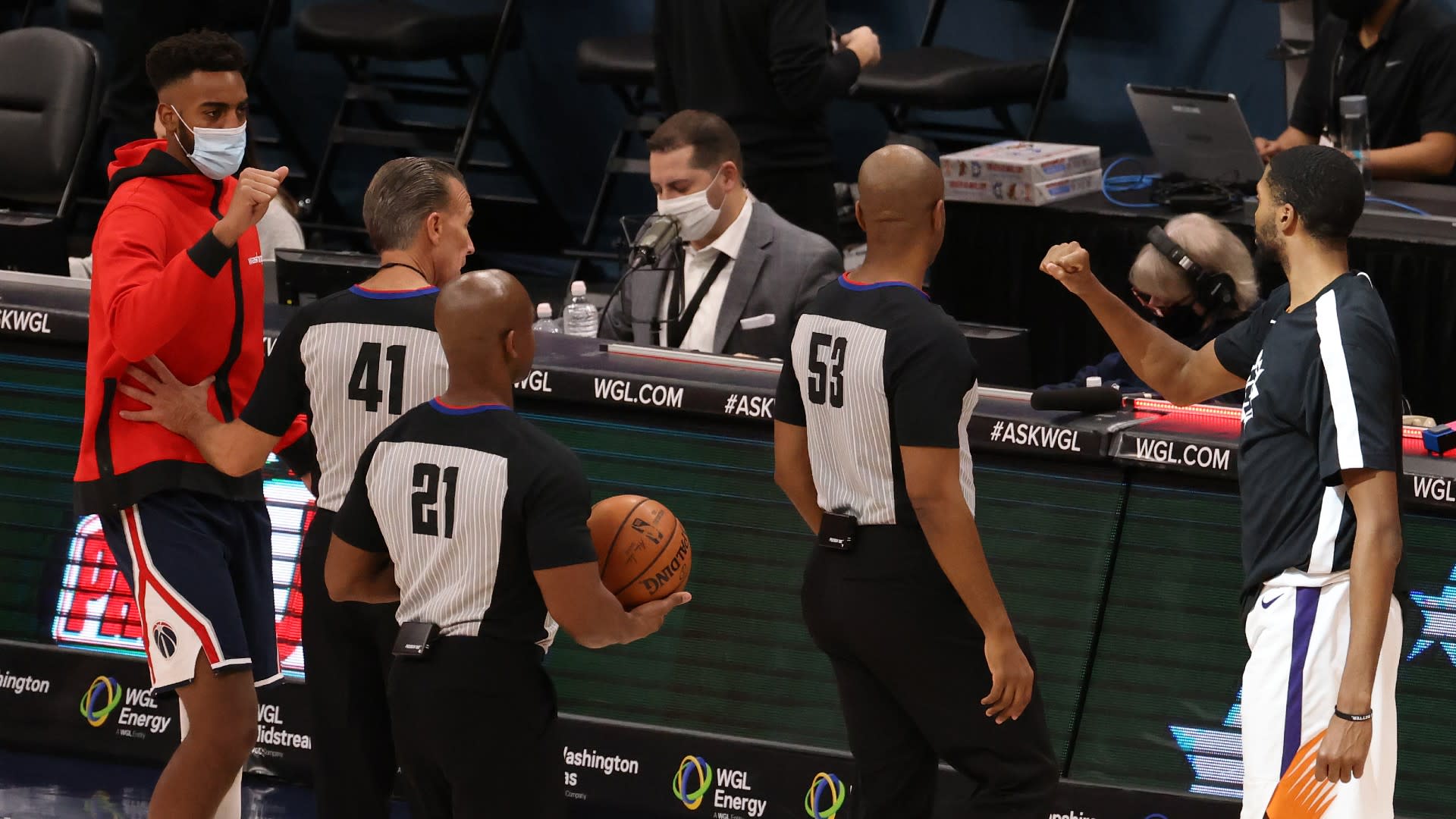 In the wake of COVID-19 outbreaks on multiple teams across the league, the NBA and NBPA are creating new protocols to try and limit the spread of the virus.

Changes include no interactions between players on opposing teams during pre and post-game, reduced interaction during games and stricter enforcement of masks on the sidelines for coaches and players, ESPN’s Adrian Wojnarowski reported.

The protocols would be in place for a minimum of two weeks.

When in their home cities for games, players will also be asked to remain at home and only travel for team-related or essential activities.

More changes to protocol, sources tell ESPN: At home, players and team staff must remain at residence except to attend team-related activities at facility orarena, exercise outside, perform essential activities or the occurrence of extraordinary circumstances.

The Washington Wizards have experienced problems with these interactions first-hand, as star guard Bradley Beal was forced to miss Saturday’s game against the Miami Heat after he gave the Celtics’ Jayson Tatum a hug following Friday’s game and Tatum subsequently tested positive for COVID-19.

Beal was able to return for Monday’s contest after a negative test. As for Boston, the team’s previous two games have been postponed and it’s been reported that a Wednesday matchup with the Orlando Magic will be as well. The Philadelphia 76ers are another team that has dealt with an outbreak early on in the season.

On Tuesday, the Wizards announced the team canceled its scheduled practice after two players entered COVID-19 protocols. It marked the fifth consecutive time that a player on Washington or the opposing team entered protocol the day after a contest.

The Wizards are set to take on the Utah Jazz on Wednesday.

Tune in at 6 PM to NBC Sports Washington on Wednesday for complete coverage of the Wizards matchup with the Utah Jazz.