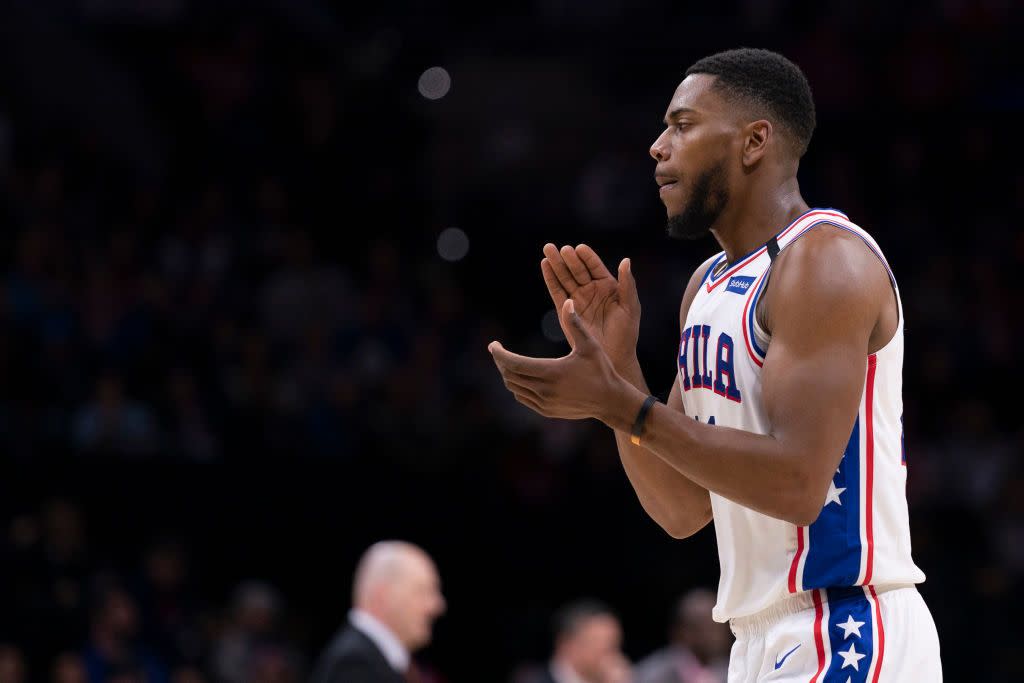 A 6’6″ wing who can knock down the three and knows how to get to the rim, plus can defend a little is the description of a player a lot of NBA teams could use.

That’s Glenn Robinson III — one of the top free agents still on the market — and there are four teams after him, reports Jason Anderson of the Sacramento Bee.

The Kings are one of four teams showing the most significant interest in free agent small forward Glenn Robinson III, league sources told The Sacramento Bee… The most likely suitors at this point appear to be the Kings, Los Angeles Lakers, Los Angeles Clippers and Utah Jazz, sources said. The Kings could be looking for depth on the wing after they declined to match Bogdan Bogdanovic’s offer from the Atlanta Hawks.

It’s a question of where Robinson wants to play, a matter of ft.

Glenn Robinson started last season with Golden State, averaging 12.9 points a game for the Warriors as a scorer on the wing who shot 39.1% from three for the season. Fewer minutes in Philadelphia at the end of the season saw his scoring shrink to 7.7 points a game in a smaller role. He likes to drive to the rim rather than knock down threes, but he’s a reliable wing rotation player in the NBA.

Here’s the latest news on the Los Angeles Lakers