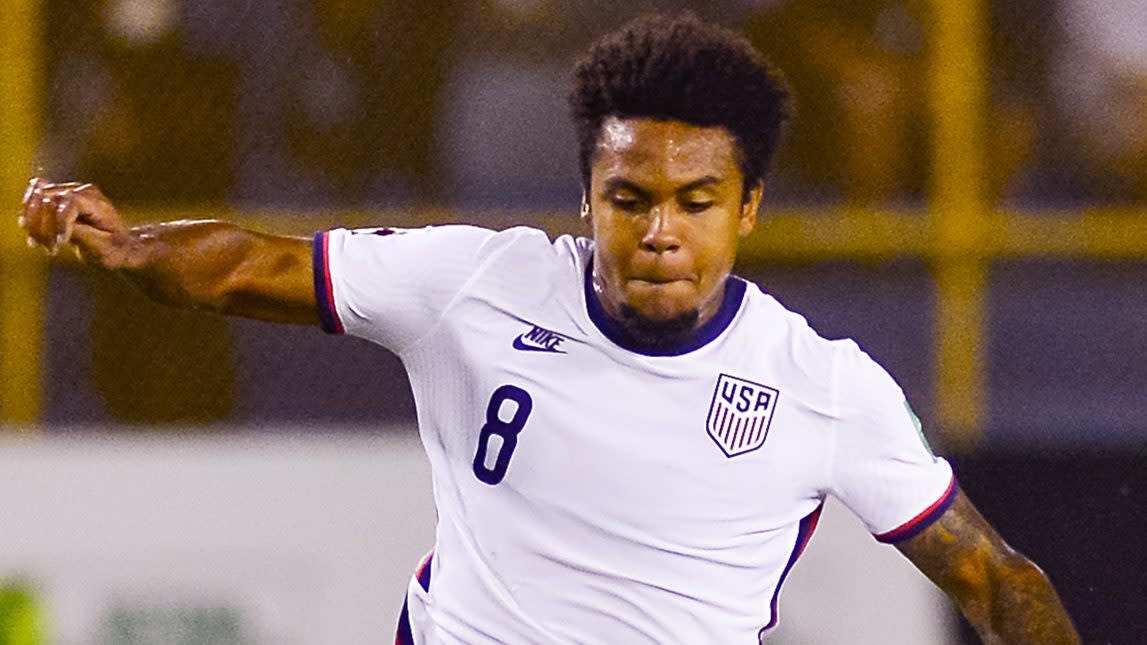 McKennie was dropped from the squad following “a violation of team policy,” a move that was anything but needed from a young team leader.

“It was a team policy and I’m not going to get into specifics on it,” said USMNT coach Gregg Berhalter after the game. “I can’t speak for Weston but I know he wanted to be out there for the boys.”

Berhalter was asked whether McKennie will be back against Honduras on Wednesday and did not commit to it.

“That remains to be seen,” Berhalter said.

USMNT captain Christian Pulisic tried not to be drawn into the McKennie discipline discussion.

“We tried not to let that whole situation affect us too much,” Pulisic said. “Obviously we missed him today but it’s about moving forward and trying to win games.

Tyler Adams had a little more bit more to say about it.

“It’s not ideal because he’s such an important character for this team, not just on the field but for what he does to bring us together,” said the RB Leipzig man. “It’s disappointing but it’s that next man up mentality. … To be fair it hurts us but I don’t think it affected the team too much.”

The Juventus man has been a fiery part of the young Yanks attack and his betrayal of team rules will not be viewed well amongst supporters.

Meanwhile, Reyna has a hamstring strain and will also miss the side’s Wednesday trip to Honduras.

These are two huge losses for the USMNT, who got Christian Pulisic back for the 1-1 draw but was still without Zack Steffen and Timothy Weah. This is a huge letdown from the Juve man.