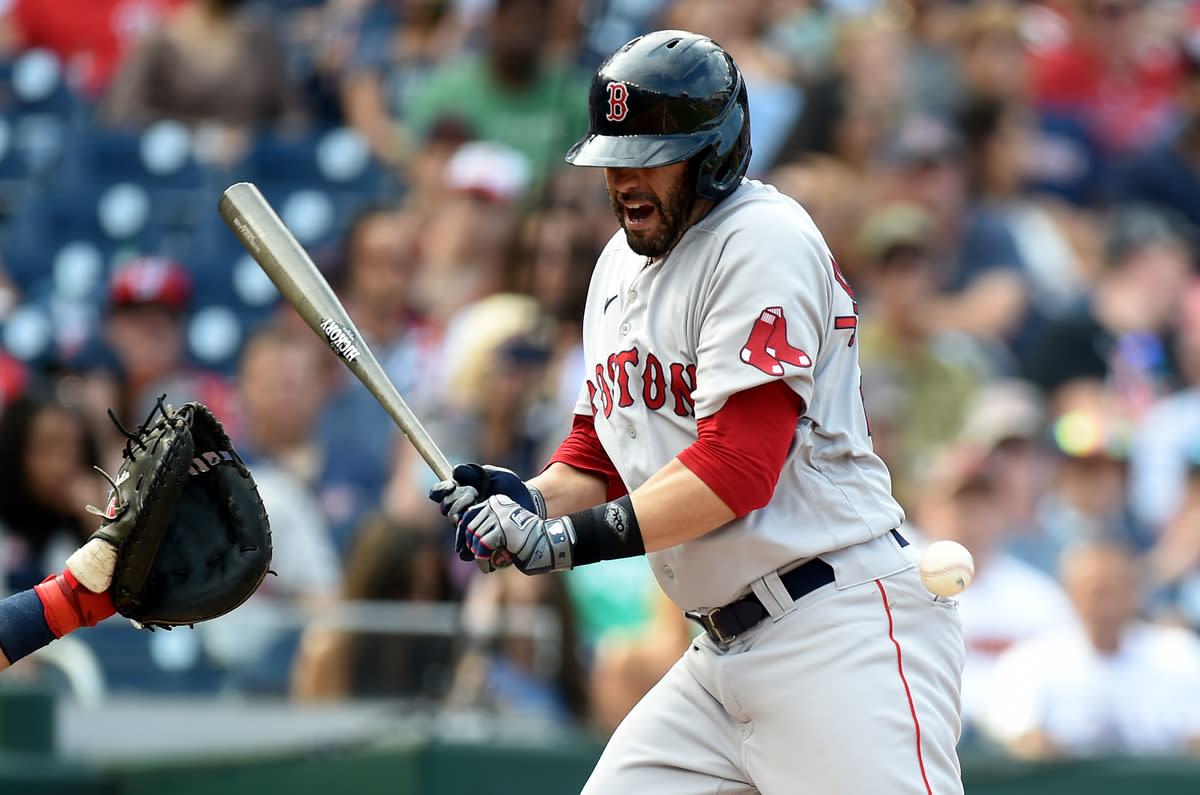 With the possibility of playing in Game 163 (or 164) staring them right in the face, the Boston Red Sox lost a key member of their lineup Sunday.

Outfielder J.D. Martinez appeared to trip on second base while trotting out to right field at Nationals Park in the fifth inning. Martinez remained in the game defensively in the bottom of the fifth, but Jose Iglesias pinch hit for him in the top of the sixth.

Martinez was removed with a left ankle sprain.

Iglesias singled in his at-bat and scored on a Christian Vazquez infield single, cutting Boston’s deficit to 5-2.

It is unclear what the status of Martinez would be should the Red Sox fall to the Nationals and play in a tie-breaker for the American League Wild Card.