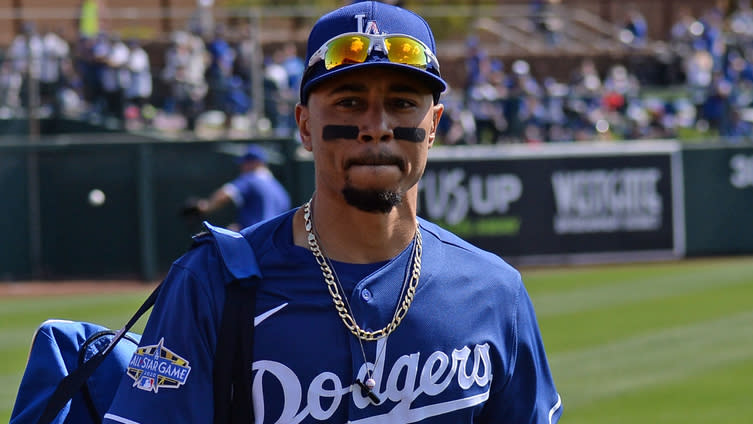 After watching Mookie Betts sign a long-term deal with the Los Angeles Dodgers, Boston Red Sox brass isn’t budging on the belief they made the right move with the former MVP.

Betts signed a 12-year, $365 million extension with the Dodgers earlier this week, causing Sox fans to lament and Dodgers fans to celebrate the February trade all over again. On Friday though, Red Sox chairman Tom Werner issued a reminder to those in L.A. celebrating Betts’ mega-deal.

«When people are partying in Los Angeles, I just want to remind Los Angeles … that in the last 20 years, Los Angeles has won zero World Series and the Red Sox have won four,» Werner said on WEEI’s «Ordway, Merloni and Fauria.»

«I’ve got nothing to be complaining about regarding our past. We think we made the right decision at the time.»

How’s that for a mic drop?

But the past is the past, and there’s no doubt their future looks brighter and the Red Sox’ looks bleaker with Betts donning Dodger blue. Still, Werner believes history will favor Boston when Betts’ contract expires 12 years from now.

«It’s always difficult to trade a talented player of Mookie’s caliber, but let’s revisit this conversation in 12 years,» Werner said. «Hopefully you and I will both still be here. That’s a very, very long-term deal for a team to swallow. You guys know as well as I do that the history of long-term deals is checkered at best. We made what we thought was a generous offer but for us it’s time to turn the page.»

Betts went 1-for-5 with a run scored in his Dodgers debut Thursday night, helping L.A. earn an 8-1 victory over the San Francisco Giants.

The Red Sox begin their 2020 season Friday night vs. the Baltimore Orioles at Fenway Park.