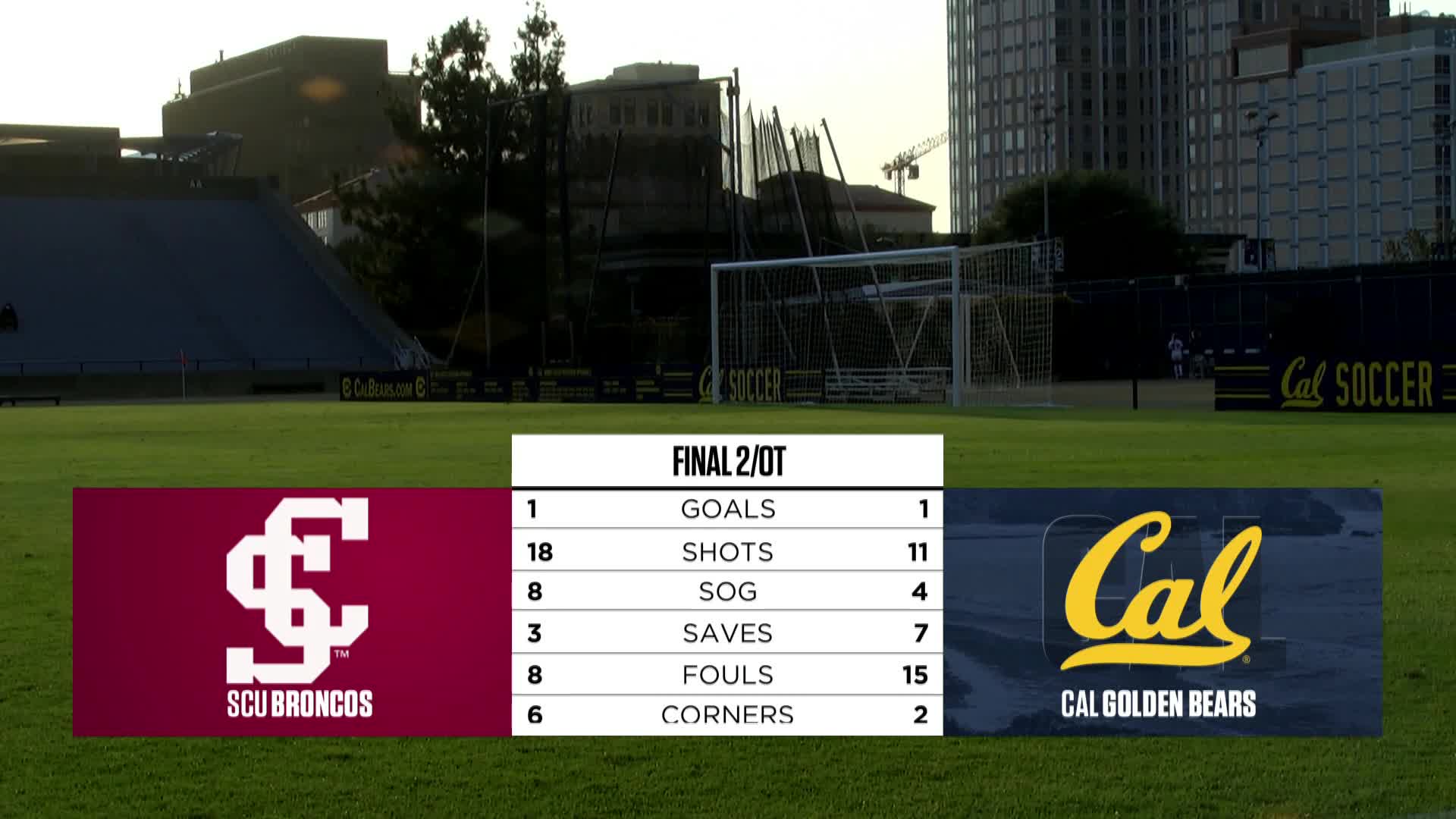 Pac-12 Networks’ Ted Enberg and Danielle Slaton breakdown the action from Cal women’s soccer double overtime 1-1 tie vs. the defending NCAA champion No. 2 Santa Clara Broncos on Sunday, August 22nd in Berkeley. The Golden Bears proved they can hang with the top teams in the country, going blow-for-blow with the defending champs. After Santa Clara jumped out to a quick lead, the Golden Bears tied the match in the 36 minute on a goal from Abby Borchers off a beautiful assist from Kelsey Turnbow. That would be it for the scoring, as Cal’s defense held firm for the entire second half and two overtime periods. The defensive stand was capped by an acrobatic save from goalkeeper Makena Smith in the 109th minute to clinch the draw.