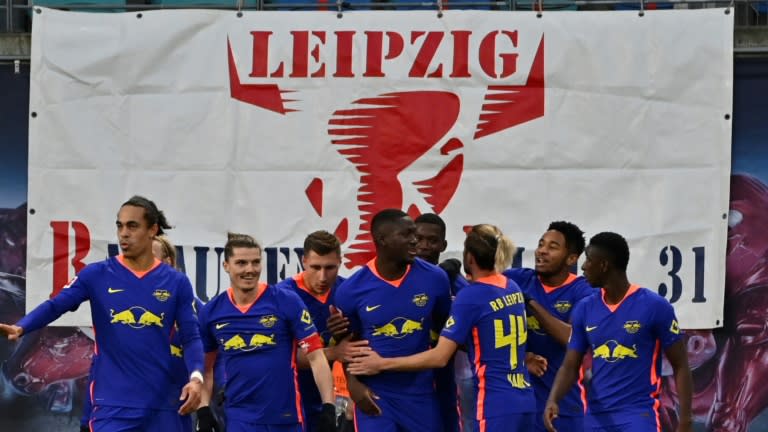 The Red Bull-backed German club have been in talks since 2018 with Goa, who finished top of the ISL league last season, but lost in the play-offs.

The deal, which runs until June 2023, includes holding football training camps for young players in India, which for the moment may have to happen online due to the coronavirus pandemic.

It also involves the training of coaches and exchange of know-how regarding club structures.

FC Goa co-owner and president Akshay Tandon said Leipzig are the «perfect partner» given their experience of climbing the German football pyramid since their formation in 2009.

«They have shown the world of football how to build from the ground up… and that’s something we resonate with,» he added.

Leipzig’s CEO Oliver Mintzlaff hinted that the partnership could result in an Indian player coming to Germany «at some point».

RB Leipzig shook up German football by climbing from the fifth tier to reach the Bundesliga in 2017/18 when they finished runners up behind Bayern Munich to qualify for the Champions League.

Last season, they reached the knock-out stages of Europe for the first time, beating Tottenham and Atletico Madrid before losing to Paris Saint-Germain in the semi-finals.

Mintzlaff said that as Bundesliga’s international TV revenues have been declining recently, this was a good opportunity to bring German league football to the Indian market.

Goa’s «innovative approach» makes it a «perfect fit» for the ambitious German club, he added.

Founded in 2014, Goa won the Indian Super Cup in 2019 and finished top of the ISL table last season under Spanish coach Juan Ferrando.

Leipzig are the latest European club to branch into India.