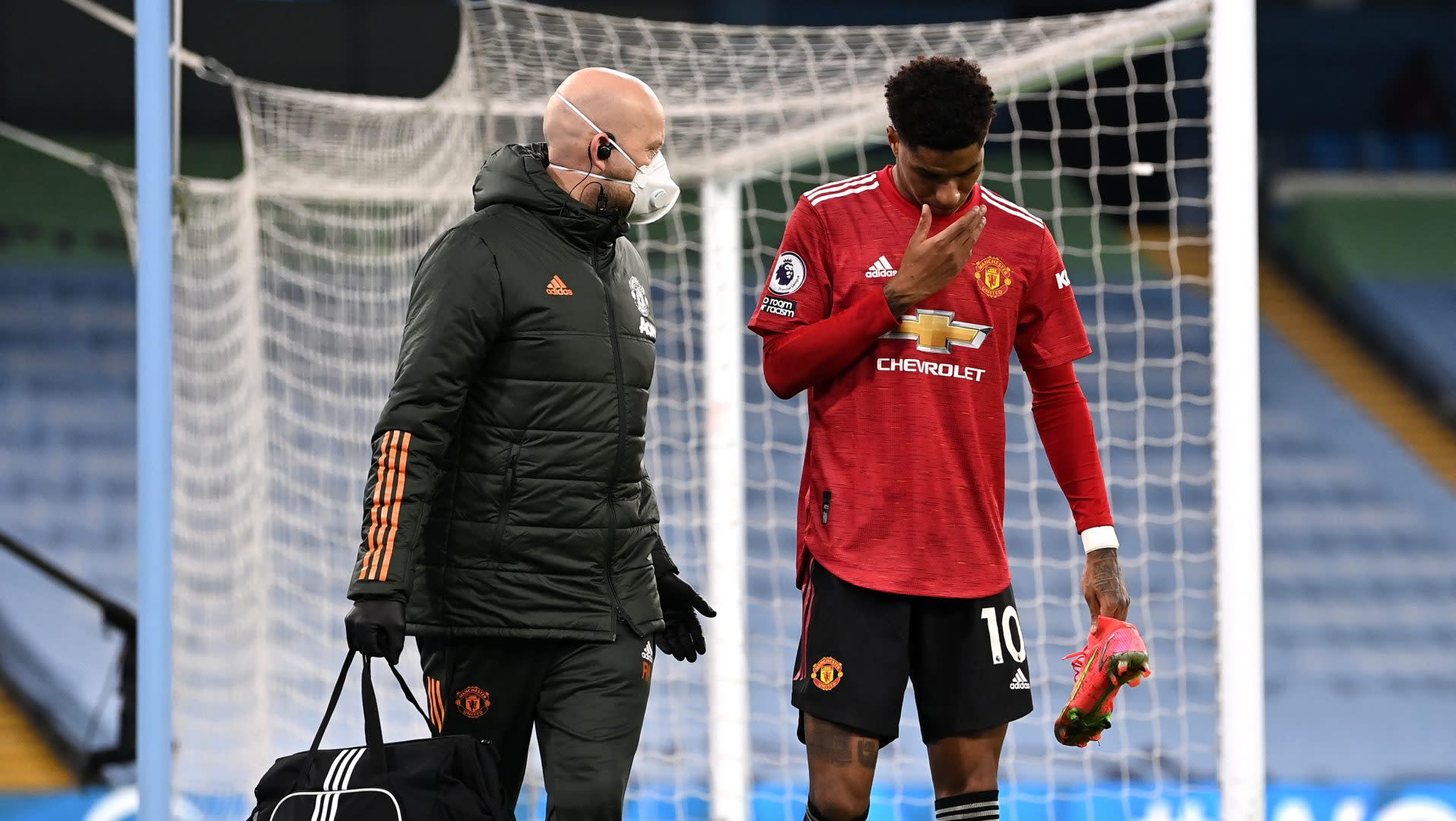 Manchester United’s 23-year-old star striker suffered the injury as he raced back to battle Riyad Mahrez during the second half of the 2-0 victory — a result which doesn’t quite throw back into question the outcome of the Premier League title race, but certainly makes things more interesting from a longer-term perspective.

Rashford has scored 18 goals while appearing in all 43 of Manchester United’s competitive fixtures thus far in 2020-21.

According to reports, due to swelling and bruising Rashford was still unable to put pressure on his left ankle on Monday, which would seem to indicate he is set for a brief spell on the sideline.

Manchester United currently sit 2nd in the Premier League table, nine points behind Manchester City with 10 games left to play. Up next for the Red Devils (in Premier League action, following the first leg of their Europa League round of 16 clash with AC Milan on Thursday) is a highly intriguing clash with 5th-place West Ham United, who are chasing top-four dreams of their own.