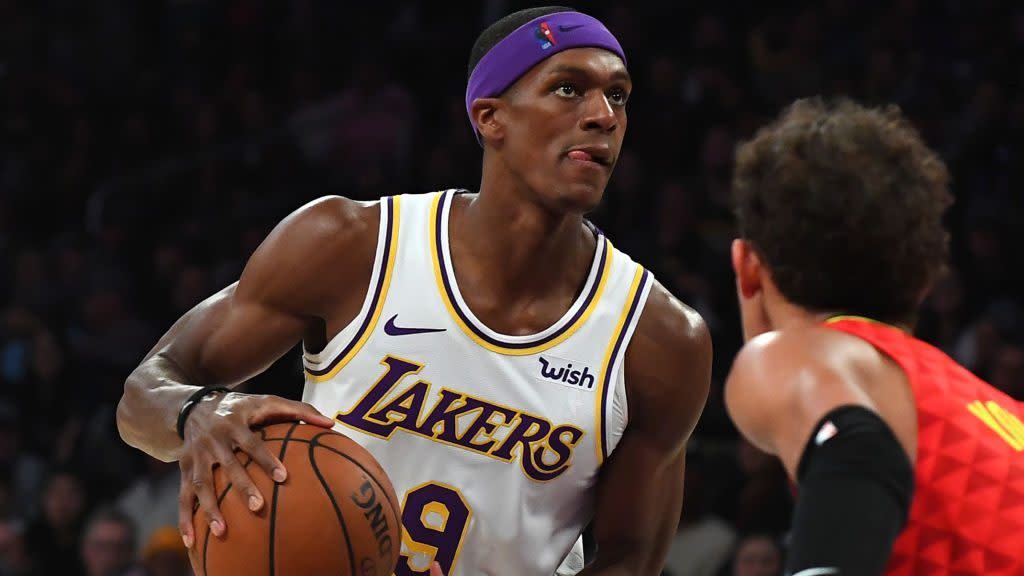 From the minute the Clippers traded Rajon Rondo to Memphis as part of a package for Eric Bledsoe, it was expected the Grizzlies would buyout Rondo (and likely DeAndre Jordan, too, with both likely headed to the Lakers).

The deal is done, Rondo has reached a buyout with the Grizzlies and he has been waived by the team, something the Grizzlies announced. He was slated to make $8.2 million this season, the second year of a deal signed with the Hawks.

The Grizzlies still have to waive or trade three more players to get to 15 guaranteed contracts before the season starts.

Rondo will clear waivers on Monday and a deal with the Lakers, which has always felt inevitable, will follow, reports Shams Charania of The Athletic.

Rondo will fill the 15th roster spot on the Lakers heading into camp. How much he helps them is up for debate. Rondo had a solid bubble for the Lakers during their title season, averaging 8.9 points per game and shooting 40% from 3 during the playoffs, with a 16.8 PER (if you’re looking for a snapshot advanced stat). However, last season, between the Hawks and Clippers, the 35-year-old point guard averaged 5.4 points a game, struggled defensively, and a below-league-average 13.2 PER.

Rondo will split time with Kendrick Nunn backing up Russell Westbrook at the point.