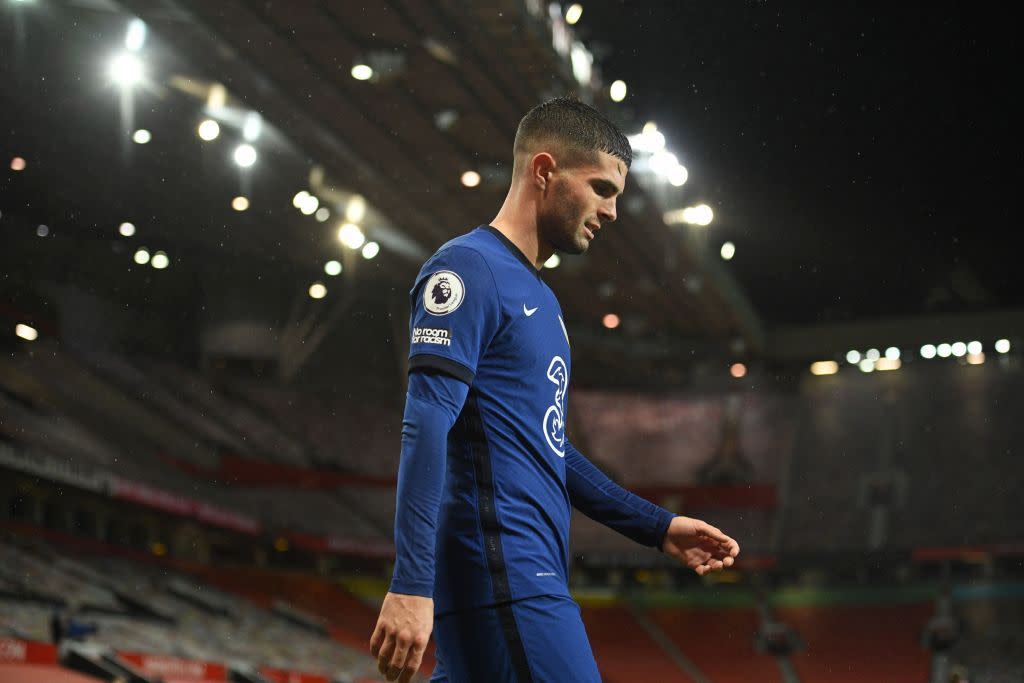 Pulisic, 22, will not play against Newcastle United on Saturday (watch live, 7:30am ET on Peacock Premium) as the USMNT winger will miss a fourth-straight game for the Blues.

The Pennsylvanian native injured his hamstring in the warm-up before a game against Burnley on Oct. 31 and hasn’t played since.

Here was the update Lampard gave on Pulisic, as he had previously suffered a setback as he closed in on a return to action.

“Pulisic is not fit for Newcastle but he has stepped up his training slowly. It has been quite a problematic injury, we have been cautious,” Lampard said.

Pulisic spent time with the USMNT camp over the international break but only to catch up with friends and spend time with the coaches. U.S. men’s national team head coach Gregg Berhalter revealed he had been receiving three rounds of treatment every single day to try to get fit.

“He had a great three or four days with the team. He was able to get treatment and be with the guys, connect with the staff again. It was great to see him,” Berhalter said. “Unfortunately he won’t be taking part in the matches. He is a player we are certainly going to miss and with his quality we wish we could have him on the field, but that is not going to happen.”

This latest update from Lampard will be a concern for Chelsea and USMNT fans as Pulisic suffered a serious hamstring injury during the FA Cup final on Aug. 1 and has struggled with similar injuries throughout his young career so far.

It’s good to see that Chelsea are taking this seriously and are not rushing him back but the longer Pulisic remains out, the longer it may take for him to regain his incredible form which lit up the Premier League during ‘Project Restart’ in the summer months.

Pulisic remains out with ‘problematic’ injury originally appeared on NBCSports.com