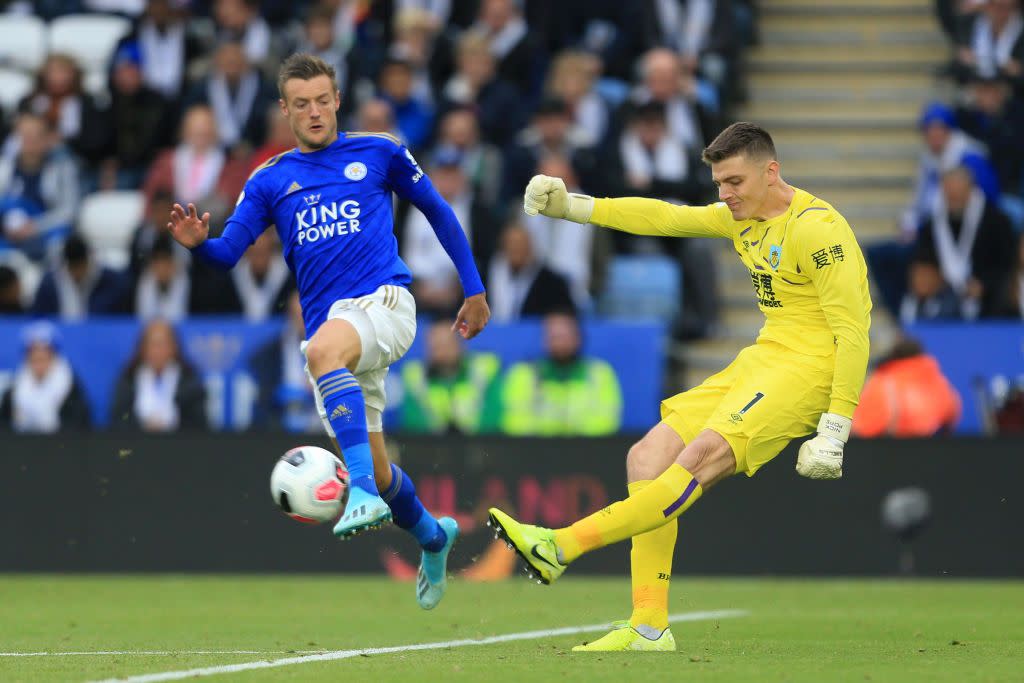 Heading into the final week of the Premier League season, it will be intriguing to keep an eye on the stat leaders as the race for the Golden Boot and Golden Glove will go down to the wire, while Kevin de Bruyne is looking to break the single-season assist record of 20 as he’s two short with two games to go.

Heading into the final few games, there is still a lot that can change but Jamie Vardy is so far leading the Golden Boot race and Nick Pope is just ahead in the race for the Golden Glove.

Make sure you stay up to date with all of the latest Premier League action by clicking on the schedule link above as top four, Europa League and relegation are still all on the line.

Below is a look at the top goalscorers, which goalkeepers are in with a shout of recording the most shutouts and which players have created the most goals as they try to push towards Kevin de Bruyne, with only five players in double digits for assists this season.

With plenty on the line for teams across the league, plenty of players will also be eager to pad their own stat lines in the final 90 minutes or so of the season.