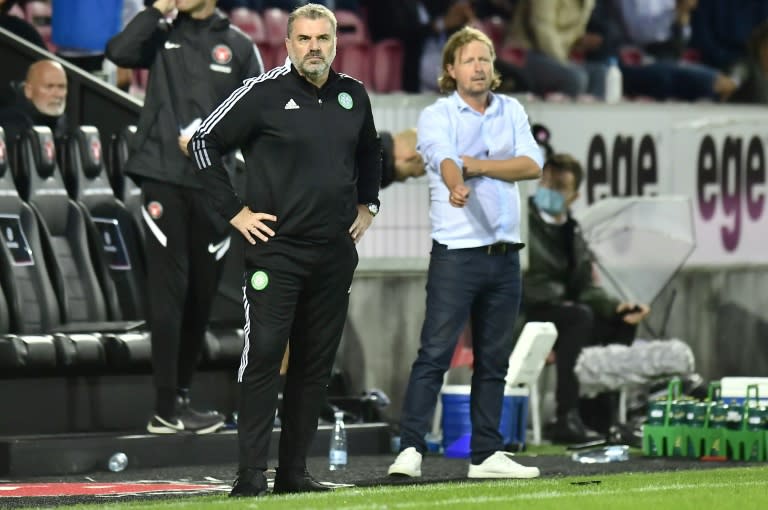 Postecoglou, who arrived from J-League club Yokohama F. Marinos this summer, suffered a second defeat in four days after being knocked out of the UEFA Champions League by Danish side Midtjylland in the second round of qualifying.

The home side made their top-flight return after being relegated in 2020 following a season curtailed due to the coronavirus pandemic.

«Not the way we wanted to start but we’ve got another game Thursday (Europa League) so no point just feeling sorry for ourselves – we had opportunities to win and we didn’t do that,» Postecoglou told the BBC.

«The board don’t want me to fail, I think people are trying to make out there’s some disconnect there. We all know what needs to be done and we’re doing that collectively.»

Gary Mackay-Steven gave the hosts the lead after eight minutes after the visitors failed to clear inside their own box.

Two miscued defensive clearances sandwiched either side of Liam Boyce’s touch ended up at Mackay-Steven’s feet and he cooly slotted home.

Celtic’s best chance of the half fell to Liel Abada but the Israel winger sent his effort above the bar after a tidy cut inside from the right flank.

The former European Cup winners equalised 10 minutes after the break.

Anthony Ralston slalomed into the heart of the home defence after Odsonne Edouard’s lay-off and the 22-year-old right-back rifled home a finish with his weaker foot.

Hearts’ John Souttar came close to his side’s second with 12 minutes left but the away side’s goalkeeper Scott Bain reached down low to parry away the defender’s powerful header.

Postecoglou made attacking substitutions in the closing moments including bringing Japan winger Kyogo Furuhashi on for Abada but it was Hearts who scored the winner.

Michael Smith sent a deep looping free-kick into the box and Souttar went one better than earlier in the half to score his first goal since April 2019 with an 89th-minute effort.

«I had a tough year last year. It was an incredible moment. It’s exciting times to be a Hearts player.»