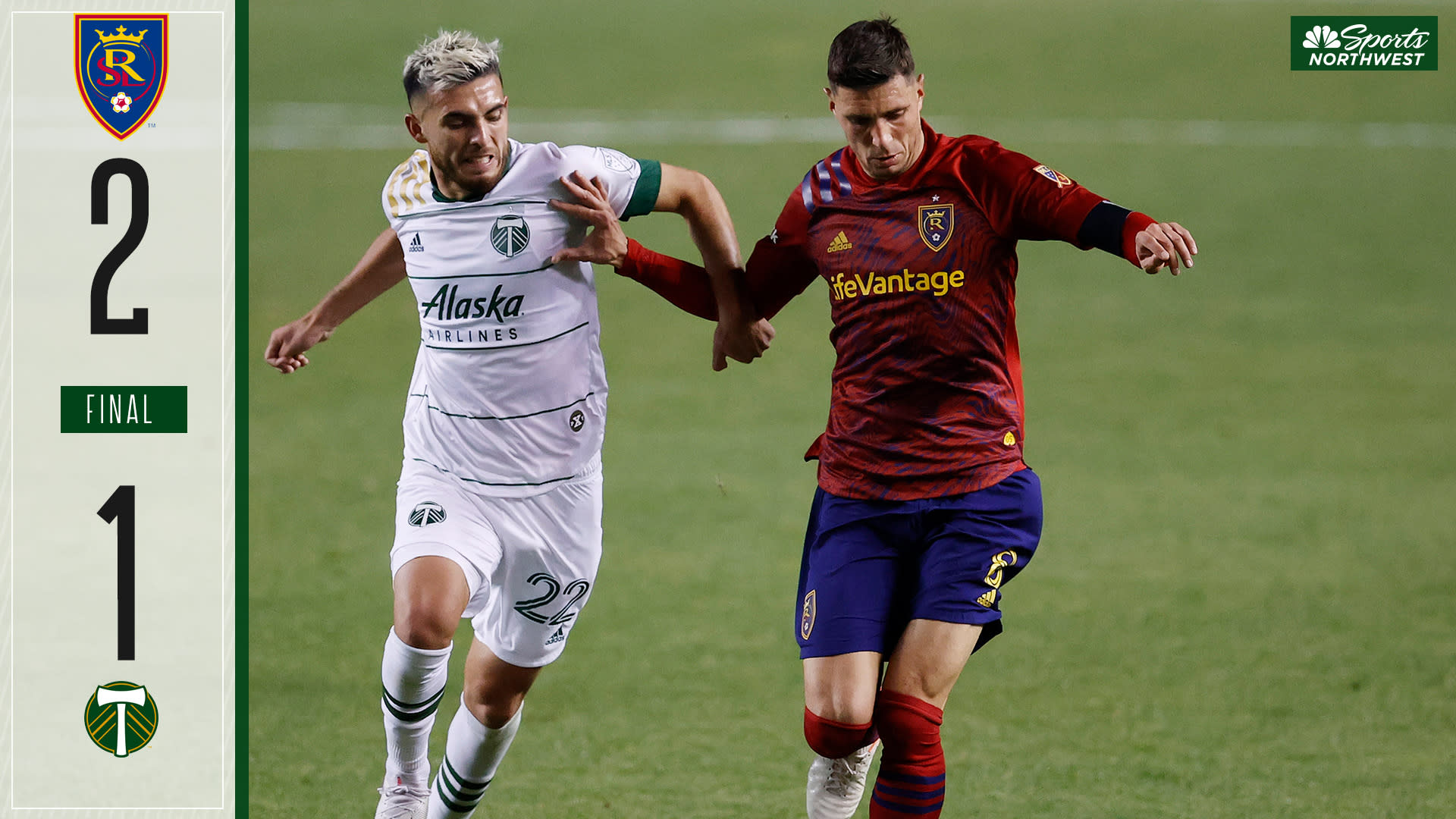 Entering Wednesday, the Portland Timbers (9-5-3) were tied atop the Western Conference riding a five-game winning streak and six-game unbeaten streak.

Then they fell back to Earth hard, failing to overcome an early two-goal deficit to lose to Real Salt Lake (5-7-6), 2-1 at Rio Tinto Stadium.

Portland technically remains in a tie for first with Seattle but with one more game played than the Sounders. Also, since Sporting KC lost Wednesday evening they will remain in third, one point behind Portland.

The Timbers got off to a disastrous start conceding goals in the 11th and 26th minutes, but it nearly began perfectly for the boys in green.

In the fourth minute, Jeremy Ebobisse appeared to be fouled inside the box when RSL goalkeeper Andrew Putna tripped the Timbers striker. However, the foul was not given and the missed call never went to official video review through VAR.

Portland finally broke through in the 77th minute when Bill Tuiloma headed in a Diego Valeri set piece. It was Valeri’s sixth assist of the regular season.

The attempt was too little, too late as Portland failed to equalize Real Salt Lake’s score and will return to Portland with a loss.

Next, Portland will host LAFC at Providence Park at 7:00 p.m. PT on Sunday, October 18th.