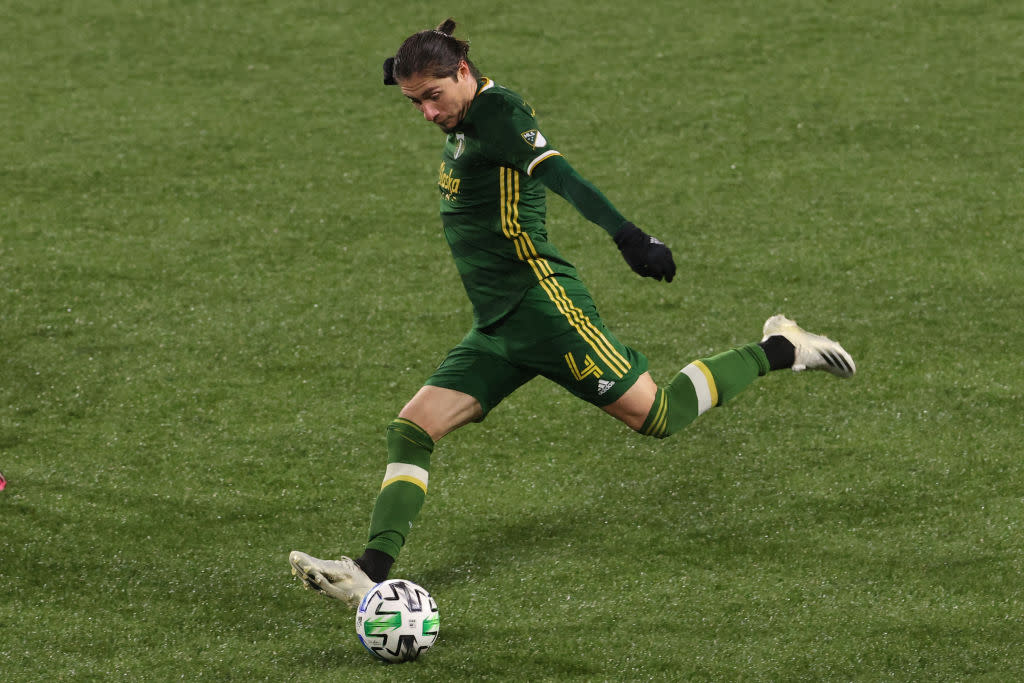 One of the key contributors to the Portland Timbers’ success in the 2015 MLS Cup and MLS is Back Tournament has been traded.

After reports circulated back in December of the LA Galaxy’s interest in Portland Timbers defender Jorge Villafaña, a deal has now been made official for the Galaxy to acquire the longtime defender.

“Jorge has been a model professional for the club and I would like to thank him and his family for their commitment and contributions to the Timbers,” Gavin Wilkinson, general manager and president of soccer for the Timbers, said in a statement from the club. “His performances and success for this club will leave a lasting memory and we wish him and his family all the best.”

The 31-year-old left back registered four goals and 19 assists in 127 appearances, and 121 starts for the Timbers from 2014-15 and 2018-20. In regular-season play, Villafaña played in 102 career games, good for ninth all-time in the MLS era, and notched 18 assists for the Timbers, which ranks fifth all-time in club history.

“It has been a great pleasure to work with Jorge during the past few years. He is a player that has contributed to the success of the Portland Timbers organization,” Timbers head coach Giovanni Savarese said. “He has been an outstanding part of our strong longer room and I wish him and his family the best for the future.”

Villafaña had 17 starts for the Timbers through 19 games played during his 2020 MLS regular-season campaign. He added one goal and five assists in 1,550 minutes played.

“It’s been an honor playing in Portland, and I’m grateful for helping this club win some trophies. I would like to thank the Portland Timbers organization for the five amazing years that I’ve spent with the club,” Villafaña said in a statement. “My family and I have built amazing memories with my teammates and friends in Portland.

“I also want to thank the Timbers Army and all the fans that have supported me through the good times and the bad. I’m forever grateful.”