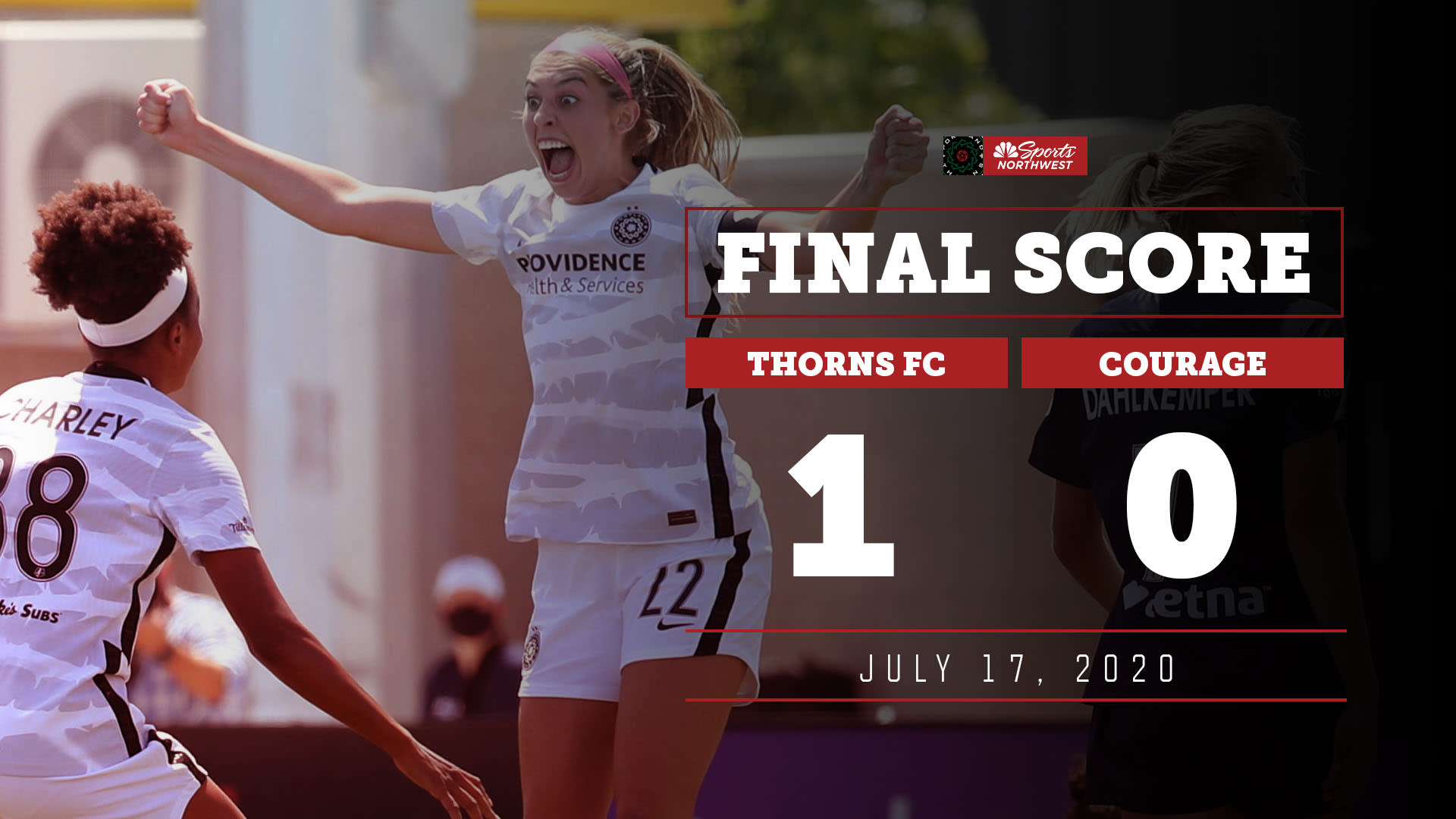 Heading into the NWSL Challenge Cup, the two-time defending champion North Carolina Courage was seen as the team to beat.

So when the eight-seeded Portland Thorns FC team took the pitch Friday morning, no one saw Portland having a chance of defeating North Carolina.

Well, no one but those wearing the red and black.

Portland shocked the soccer world by defeating North Carolina, 1-0, in the quarterfinals. After the game, head coach Mark Parsons credited the belief of his team in not only themselves but the process. He’s spoken numerous times about how no NWSL franchise put in more work during the pandemic in preparation for the tournament and it finally saw dividends in the knockout stage.

«Belief is a really powerful thing,» said Parsons. «What’s really cool and powerful is that even when the results aren’t great, because of the performances and because of the belief we always felt… this was possible.»

The standout hero for the Rose City was goalkeeper Britt Eckerstrom who was thrust into action due to an injury to Bella Bixby.

«She brought a whole new level for us,» said rookie forward Morgan Weaver. «That’s where it started was with Britt.»

Eckerson shut out the NWSL’s best offensive attack with a total of eight saves, including two saves off of her line in the 86th minute to keep Portland’s lead intact.

The defense of the Thorns was elite inside the box not allowing one of North Carolina’s 24 crosses to get into the net.

«Defensively, we were warriors,» Parsons told reporters. «I would have bet another 100 minutes that we wouldn’t have conceded today because our bigger purpose was driving us.»

The Courage in the end out-shot Portland 21-10 with eight total shots on target, all while maintaining 54.6% possession. However, it was not enough as Morgan Weaver scored her first career goal in the 68th minute and that ended up being enough.

Weaver, who Portland traded up to select second overall this year in the 2020 NWSL College Draft, came into the game confident in her team, despite having not won a game this season.

«I knew going into today that we were going to get the win. I was very confident in ourselves and the amount of grit that our team brought, I think, brought a whole new level.»

While Parsons shared that belief in his team, noting that he knew they had something special from before leaving Portland for Utah, but his words about Weaver were something else.

«Morgan Weaver has the opportunity to be really, really special. And the biggest reason for that is her mentality, ability to learn, and ability to grow.

I think she’s ready to take over the world. – Mark Parsons on Morgan Weaver

All along, Parsons and the Thorns as a whole have been stressing development, and improving has been the main goal of the 2020 season.

That being said, they do want to win it all this season, if they can, and they’ll have a chance to play their way into the championship game on Wednesday, July 22.