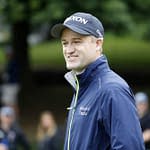 Looking for a way to learn PGA DFS without jumping in with both feet? We have a perfect solution for you. Yahoo and Yahoo Fantasy are offering a $15,000 freeroll called the PGA “Yahoo Cup.” This contest awards a winner for weekly events and one winner at the end of the season who has the most cumulative points. It will go for 39 weeks, with the lowest nine weeks of scoring being dropped from your total score. Each week also features a $150-to-first contest, making each week matter just as much as the last. Let’s dig into this week’s top value plays for the Mayakoba Golf Classic.

When Wise broke on tour at the ripe age of 21, he was coming out with all the talent in the world. It took time for him to really settle in, however, as he got a win early in his career then went through a second-year slump. That led into COVID, which ended up giving him the reset needed to turn things around. Since then he has risen back inside the top 70 in the world and is just a few good starts away from a Masters invitation. He has made six straight cuts and back-to-back top-10s, showing that winning form might not be far behind either. At this salary, he is almost a must-own given his form.

Playing a golfer solely based on his course history can be a slippery slope, but Knox showed quality form last week at the Bermuda Championship. He has not missed a cut at El Camaleon in the last six years and has not finished worse than 33rd in any of the five appearances. For a golfer at the minimum salary, he is a great way to get value into the lineup.

Pendrith is a great value at the minimum salary this week, and he is riding a hot hand. He got his first taste victory last week, but ultimately all it was was a taste, as he failed to close out a three-shot lead on Sunday. The best players learn from that experience and bounce back quickly, others let that define their short-term form. At this price, it is worth the risk to find out where Pendrith falls.

Report: Aaron Rodgers wants Davante Adams, MVS with him in 2022